Editor’s note: In this series, we ask successful freelance writers from different disciplines – food, travel, wellness and technology, for starters – to share their personal experiences, tips and tricks on how they’ve been able to stay in the game. Because while freelancing can be a solitary career path, finding encouragement, motivation and support among fellow writers can strengthen the community.

Those are among some of the helpful tips veteran travel writer Will Hide has to share after 20 years in the business.

Name a major UK newspaper or travel brand, and odds are that it’s carried a Hide byline. 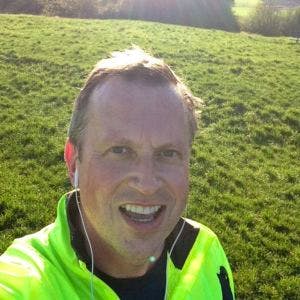 Over the last two decades, the London-based travel writer and former Times desk journalist has written for The Guardian, The Sunday Times, The Telegraph, The Independent, National Geographic UK, Lonely Planet UK, The Financial Times and Travel + Leisure in the US.

Then there are the in-flight magazines for British Airways, easyJet and Cathay Pacific.

In an hour-long chat, Hide is candid about the struggles — morally and financially — of being a freelance travel writer. He acknowledges the good fortune of having lived out once-in-a-lifetime experiences several times over, be it camel trekking in Jordan (he’s also camel trekked in Kenya), heli-hiking in the Canadian Rockies, eating his way through Hong Kong and Cape Town, or visiting a rodeo at a maximum security prison in New Orleans.

But he’s also open and frank about the daily grind of having to deal with bills and late payments, stagnant pay, and being ghosted by editors, some of whom he’s worked with for years. And this from a veteran travel writer with two decades behind him and dozens of illustrious publications to his name.

From banker to travel writer

After university, the first job Hide had lined up was at a bank. But a backpacking trip across Indonesia during school had ruined him for corporate life, and he soon realized that life in a suit and tie was not for him. So he got a job at a travel agency that specialized in backpacker travel. While there, he landed his first travel piece in The London Evening Standard. He wrote more pieces for the paper and was sent on a press trip at Disneyland Paris where he befriended the travel editor at The Times. She hired him to work the travel desk a few days a week. He stayed for 12 years before going freelance.

Pros and cons of freelance vs staff

While at The Times, Hide was in the office about three times a week. It was the best of both worlds: He enjoyed the camaraderie of office life and water cooler conversations, but he was also in prime position to take on assignments coming out of the travel desk. He lost the job about seven years ago when The Times slashed budgets, driving him into the gig economy.

“I actually don’t see working from home as a huge bonus, because it can be quite lonely and quite demotivating, certainly in the middle of winter in London when it’s a horrible grey day and it’s dark at 8am in the morning and then dark again at 3:30pm in the afternoon,” he said.

“…And I know a lot of my colleagues who are also freelancers agree. Personally, for me, I kind of like the balance I had back when I was at The Times when I was in there three days a week but then doing other stuff the rest of the week.”

A man with a dozen different cocktail party travel stories

Hide has a particular modus operandus when it comes to his travel stories: He calls it “soft adventure with a comfy bed.”

“You’re getting off the beaten path but there’s somewhere nice at the end of the day and a good meal.”

A good example is a hiking trip he took along the Eastern Cape in South Africa last year, which involved walking 20 to 30 km a day, but ended with a luxurious camp at night with good food and a comfortable bed.

If ever you’re at a cocktail or dinner party, you’d be lucky to sit next to a dining companion like Hide, who tells travel tales with the same colorful panache he does his writing. 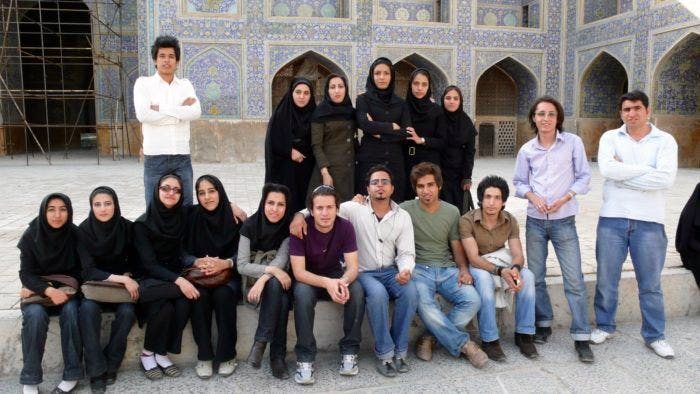 One of his favorite trips was to Iran about 10 years ago, where he was was supposed to follow a nomadic tribe of 15,000 Qashqai. It didn’t turn out exactly as he hoped. After cresting the hill, there was just one, single, tent.

“There was only one family who were all high as kites on heroin and all stroking their Kalashnikov rifles. It was just the most bizarre thing ever, but there was the story.”

It’s also in Iran that he experienced a mini epiphany in life.

“I know it sounds like a cliche but you do get to meet some awesome people traveling around the world. There’s so much negativity in the press, but doing what I do makes you realize that 99.9 percent of people on the planet are really decent people. We just tend to concentrate on the small percentage who aren’t.” 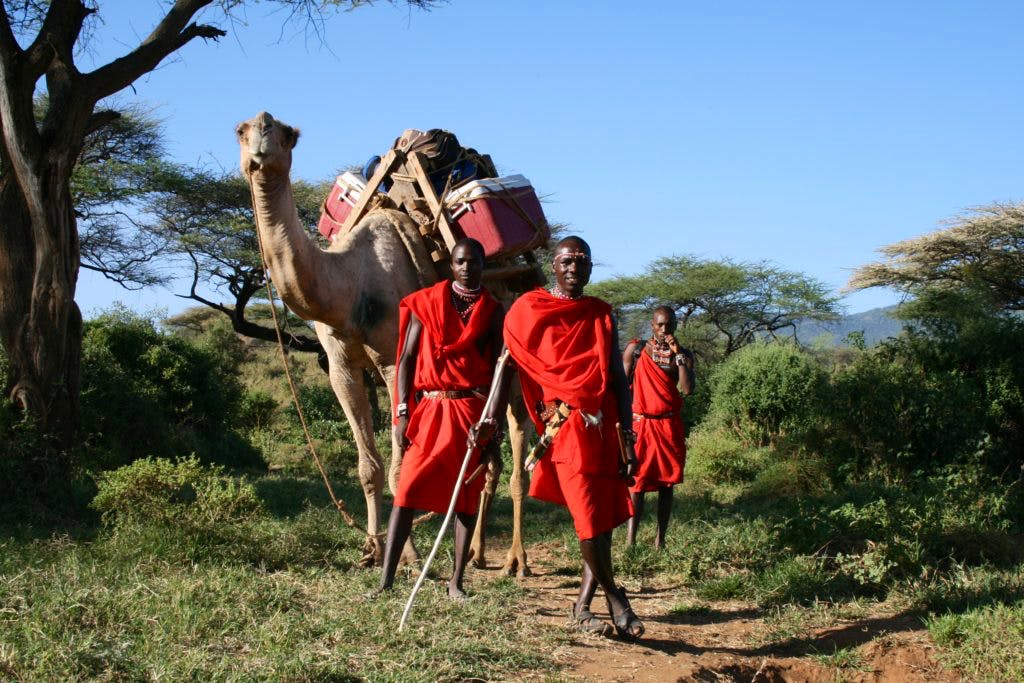 During a camel trekking safari in northern Kenya, Hide was guided by a group of 20 Maasai tribesmen: He was the only tourist on the trek.

“I remember just waiting and all of a sudden like 20 camels and their guides came all dressed in their full Maasai robes. We were waiting and I said, ‘OK where are the other people?’ And they said, ‘Oh no, it’s just you.’”

For a week, Hide was accompanied by the tribe on the trek through Northern Kenya.

“It’s times like that when you feel so spoiled because get to do some amazing things.”

Some of Hide’s travel stories come from sponsored press trips and junkets. He’ll research the idea, craft a thorough, angled pitch and send it off to an editor. After getting the green light, he’ll approach a tour operator (they’re easier to deal with than tourism boards) to help with the rest of the travel planning.

When asked to give a rough percentage or ratio of the number of pitches that get green lights, Hide freely admits that even he, with two decades under his belt, can be ghosted from editors he’s worked with for years.

“It’s something that all my freelance friends talk about. I personally find it very dispiriting to send off — what I know are good ideas — to people I have written for, for a large amount of years and you just never hear back. All of us all say it but it can be quite demoralizing,” he said.

In fact, he also admits that though the pros outweigh the cons, he’s not immune to “crises of faith” at least a few times a year.

“A large part of it is how determined you are because another thing with freelancing is that you just constantly have to push. It’s relatively rare the work comes to you.”

It’s a widely shared sentiment among his freelancer colleagues in London, he said.

“I half-jokingly say that you need to be a very persistent part stalker because if you took no for an answer, you would starve. Without being too persistent you have to get out there, you have to hustle.”

(What’s the generally accepted wait time for following up? In our last piece, food writer Naomi Tomky shared her timeframe).

“I think the ideal for a freelancer these days is having a core job that allows you to do something else on top of it.”

Hide’s tips for writing a pitch that will get replies

“Where a lot of people make a mistake is that their pitches are just too general and they’ll suggest a story like ‘I’m going to New Orleans, do you want a piece about food?’ An editor is not going to take that. What’s the angle? What’s new? Is there a hot new restaurant? Think of a hook and don’t be general,” he said.

Also, keep in mind that editors receive a deluge of emails. Make your subject line and headline count, he adds.

“A lot of people read these things on their mobile phone, and if you haven’t grabbed their attention in the subject box, you’re going to get swiped and deleted.”

One trip, lots of stories

Since getting married, Hide has cut down on the longer press trips. He’s also learned to do a cost-analysis for every story. How many pieces can he tease out from one trip? How long does he have to be away?

For instance, along with the main story, he may do a round-up of the best hotels at a destination later in the year. Ideally, he aims to get three different stories out of a single trip. For each story, he likes to focus on a single theme or experience, to avoid information overload for the reader.

Over the last 20 years, Hide says freelance pay rates in the UK have remained unchanged.

“I don’t know anyone these days who are just a freelance writer, unless they’re independently wealthy.”

He’s also accepted freelancing gigs within the travel industry but makes it clear that if he writes about them commercially, he will not write about them in a travel article for a year.

“I would not be able to carry on doing what I’m doing if I didn’t do the copywriting.”

Hide’s next travel adventures will take him to Iceland and Alaska this year. Find his writing at https://www.willhide.com/.

The Freelance Mom: Journalism, Copywriting and Motherhood with Annie Ridout
Trade Secrets of a Food Writer – Eating, Writing and Pitching with Naomi Tomky

Latest Posts from Our Writers: