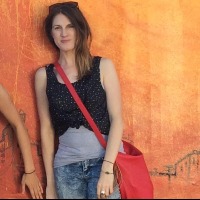 I am a senior journalist working with the BBC Panorama team.

Before this, I was on the BBC World news desk, and I previously worked for Index on Censorship, the Guardian and Reuters.

I also co-created a BBC podcast series, Fake Heiress - an investigative docudrama, which won a creativity award at the British Podcast Awards.

I am currently based in London, having previously lived in Washington DC and Buenos Aires. I speak Spanish (and rusty French), and have a particular interest in Latin America.

A random selection of articles and audio follows ...

Contact me with story tips or feedback via the envelope button below.

The 'exorcism' that turned into murder

When a young Nicaraguan woman became mentally ill, the pastor in her village decided to carry out an exorcism to expel her "demons".

The preachers getting rich from poor Americans

Televangelist Todd Coontz has a well-worn routine: he dresses in a suit, pulls out a Bible and urges viewers to pledge a very specific amount of money.

Jim Haynes: A man who invited the world over for dinner

A tribute to an American in Paris who was famous for inviting hundreds of thousands of strangers to dinner at his home.

Anna Delvey blazed a trail through New York as a wealthy heiress. But it was all a lie. Six-part docudrama for Radio 4 / BBC Sounds

Having created a trail of false identities around the world, con artist Samantha Azzopardi has a history that runs deep

The race to secure the story of New York's 'fake heiress'

The inside track on how the streaming giant paid a notorious con woman $320,000 for her story

Just how far can you get in the New York City socialite scene without a real fortune of your own?

How do you fake your way into high society?

Discussing the curious case of the fake German heiress.

A network of affluent parents are accused of using audacious practices to secure their children places at elite US universities.

A long journey to LGBT freedom

The story of a "rainbow caravan" of gay men and trans women from Central America and Mexico arriving in the US to seek refuge.

A deep-dive through archives from the Argentine dictatorship, with interviews with those who were imprisoned, threatened or lost family.

The long-term academic, appeals court judge and mother of seven was the hot favourite for the Supreme Court seat.

'Watergate with computers': Reaction from both sides on Mueller report

Speaking to voters on the left and right about their takes on the political bombshell.

Robert Mueller: What liberals make of the special counsel now

Last November, a crowd of people gathered in New York City's Times Square for a "Hands Off Mueller" protest.

What difference has the #MeToo movement made?

The drop boxes for newborns

It looks like a postal hatch, but this isn't a place to store your deliveries: it is designed for newborn babies.

From Brexit with love: Lithuania sees its chance

How financial technology companies are making last-minute plans in case of a no-deal Brexit.

How a jail became a tourist attraction, where backpackers stayed for weeks and partied with inmates.

Presidential phone calls: How do world leaders talk to each other?

When Hamid Ismailov, one of Uzbekistan's most widely published writers, was forced into exile in 1992, he thought it would be temporary.

Andrea was around 14 years old, flipping through her school friend's photo album when something strange caught her eye.

Alabama is pioneering a project to train school teachers how to treat pupils suffering from drug overdoses.

How do journalists keep themselves safe in warzones?

"How do journalists keep themselves safe in war zones? They can't. I was taught we should never think that we are either safe or qualified to recognise all potential dangers," says Nenad Sebek, a former BBC war correspondent.

How I became involved in an apparent murder case.

When two former heroin addicts started a podcast to share wild drug stories, they had no idea what success - and tragedy - awaited them.

Why Americans love the Great British Bake Off

It's the most British of shows, yet this world of Victoria sponges and Bakewell tarts has Americans transfixed.

With a hugely polarising presidential election only days away, the country is in the middle of another economic crisis.

The grief that comes from lost buildings

After the fire at Notre Dame cathedral, an exploration of a specific sort of communal mourning.

Farewell to 'a titan of the free press'

An obituary of journalist Andrew Graham-Yooll, who defied the Argentine military junta.

How far can you trust citizen journalism on the internet?

Battle of the bots

A look at the increasingly tough verification process at the BBC's user-generated content department.

When big news suddenly breaks in Argentina's capital, there is only one place people go: Plaza de Mayo.

Argentina: Into no man's land

Six days of my life are officially unaccounted for. On examining my passport, a keen-eyed immigration officer might notice that between one exit stamp for Chile and the following entry stamp for Argentina, almost a week is 'missing'.

How tourism is taking off in Bangladesh

Inside San Pedro prison in Bolivia

Riding with the cowboys in Mexico's borderlands

Welcome to Montevideo: Uruguay's capital moves to its own beat

Before Google ... the alternative travel guide to Poland

Since the launch of couchsurfing.com in 2004, dozens more travel networking sites have sprung up. Over the next three months Vicky Baker will put them to the test in South America. In the first of her weekly dispatches, she sets off to meet José in a bar in Quito

That's all from us. Our live coverage has come to an end. We hope you tune in for the next election debate - the race for the White House could still go either way.