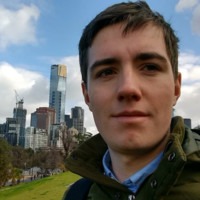 An enthusiastic and dynamic copywriter and editor. Attentive to detail with a creative and innovative approach; possesses excellent problem-solving and interpersonal skills.

The lights dim, orchestral music begins to play and the band enter the stage wearing matching astronaut outfits, complete with cardboard box helmets. They tell the audience they're going to the moon.

How to Enable Great Conversations in Your Contact Centre

Research from Walker predicts that by 2020 customer service will overtake price and product as the most important factor for consumers when deciding whether to use a business’s services. You cannot afford for your customer service to be anything less than great, otherwise, you could easily lose customers to competitors.

Early on in her set, Stella Donnelly quips that when she first played in Bristol last year at The Louisiana, there were only about four people in the audience. Tonight, Thekla is packed out for her and she has the audience hanging on every note.

For such a young band, it's incredible how much great music Big Thief has put out. Formed in 2015, the band released their stunning debut, the boldly titled Masterpiece, a year later - an album solid enough to feel like a greatest hits collection. Their second album Capacity, released in 2017, was even stronger.

Influencer Scandals and How to Avoid Them | CollectivEdge

As influencers become an increasingly popular way for brands to market themselves and their products, it's not surprising that we're seeing more influencer scandals than ever before.

In a sense, a new logo is a way to start over again with these potential customers - a chance to meet and greet them again for the first time.

For fashion that makes a bold statement, look no further than Australian womenswear label Beyond Her. From crops, evening-ready tops and well-made denim to zip-through mini skirts and sherpa coats, the brand offers a bold edit of street-ready pieces that boast an undeniably vibrant and playful aesthetic.

A small café, lunchtime. Ryan sits alone, chewing on the inside of his cheek. He watches people as they pass him by, looking for her. Short, blonde, very sarcastic: that’s all the information James has given him. Ryan is thirsty, but he thinks it best to wait. Polite.

Anyone remember the days when all Netflix had in terms of original shows with House of Cards and Orange Is the New Black?

The Dr Martens Lite Range: A New Revolution in Footwear

Are you ready for the next revolution? Dr Martens Lite are a new and exciting range from one of the UK's most loved producers of tough-as-nails, lifetime-lasting boots.