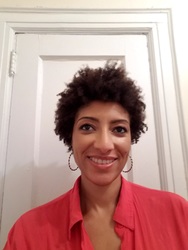 A former Editor at Essence Magazine, where I wrote and edited center-of-the-book features as well as arts and culture articles and helped launched their digital platform, in 2009 I founded Reel Talk Online, a blog dedicated to film reviews, commentary, and features with a focus on marginalized narratives.

I am a member of the Online Film Critics Society, African American Film Critics Association, and the Alliance of Women Film Journalists.

I was also the co-host of "Cinema in Noir," a podcast that specifically highlighted diversity in entertainment across media.

Danielle Harris Gets Candid About Her New Film, Being A Woman In Horror, And The Upcoming HALLOWEEN

It's been nearly 30 years since 11-year-old Danielle Harris burst onto the scene with her first big screen role alongside none other than Michael Myers in Halloween 4 . She played Jamie, the iconic villain's niece and the secret daughter of Laurie Strode (Jamie Lee Curtis.

The Great Unlikable Female Characters of 2017

As far as unlikable characters go, Olympic figure skater Tonya Harding has always been in a league of her own. She's got a potty mouth. She's never really cared about making friends. She's generally just not nice.

Jamie Lee Curtis, Janet Leigh, and the legacy of the scream queen

It all started with the ear-piercing screech of rungs of a shower curtain being flung across a rusty rod. Then came the swift and deliberate raise of a blade, followed by an abrupt swivel of a naked female body.

The Shape Of Water Review: The Problem With Inter-Species Romance

For what it's worth, there are some truly spectacular moments in The Shape of Water, writer/director Guillermo del Toro's new fantastical romance. True to most of his films, the cinematography (this time by Dan Laustsen) is marvelous.

The Careless Dismissal of Black Lives in the Problematic Suburbicon

I suppose from director George Clooney and co-writers Ethan and Joel Coen's privileged perch, Suburbicon is their way of saying, Yeah, we heard you. We need to make more diverse movies.

It's been under a month since the New York Times blew the lid off a supposed well-known secret in Hollywood that movie mogul Harvey Weinstein sexually harassed many women in the industry and coerced them to perform sexual favors for him in exchange for roles.

Writer/director Dee Rees has been anything but predictable. She became a household name in 2011 with her first feature-length film , a gutting coming-of-age narrative about a young woman grappling with her sexuality. Then she turned around and took the small screen by storm with the triumphant story of iconic blues singer Bessie Smith in -which racked up more than one million viewers in its premiere.

I KNOW WHAT YOU DID LAST SUMMER: How The 20-Year-Old Horror Film Created An R-Rated Nancy Drew

The classic teen slasher turns 20 today. I was 16 years old when my friends and I rolled six deep to the movie theater to watch the latest teen slasher movie. For my friends, that's all I Know What You Did Last Summer was: just another slasher to hold us over until the next came out (and we loved less than a year earlier).

We talk a lot about final girls in horror, but they aren't the only ones who have left a lasting impression in scary movies.

If You're an Introvert, 'mother!' Is Your Worst Nightmare

Darren Aronofsky's controversial new film stokes the anxiety of socializing and being around other people.