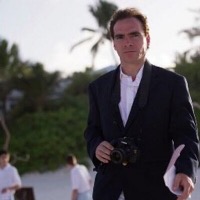 I‘ve matched wits with Madonna in three separate cities, stood toe to toe with Bono on the 50 yardline in New York, traded quips with Sting in New Delhi, spoke about great ships with Leonardo DiCaprio in Hawaii and swapped tales at the bottom of a swimming pool in Hong Kong with the Foo Fighters. They‘re just a few of the varied stories I’ve worked on as a lifestyle journalist and TV producer. I’ve also filmed, interviewed and written about authors, heads of state, CEOs, designers, jockeys, wildlife conservationists, tech gurus, doctors and more across five continents. Ask me what I can do for you!

One New Jersey-based pizza lover is going to Super Bowl-worthy extremes to find the best pizza in the state. Guy Madsen launched the Pizza Bowl in New Jersey last year and has a bigger event planned for 2022 at Redd's Biergarten in Carlstadt. Pizza Bowl 2, to be held on Feb.

10 Essential Tina Turner Cuts From the '70s: How Her Forgotten Era Set The Stage For A Dramatic...

@ 2022 - Recording Academy. All rights reserved. Some of the content on this site expresses viewpoints and opinions that are not those of the Recording Academy. Responsibility for the accuracy of information provided in stories not written by or specifically prepared for the Academy lies with the story's original source or writer.

Assuming you're not an art snob, the new M+ museum in Hong Kong's West Kowloon district is spectacular, no matter what one's perspective is. If one is gazing at it from the Hong Kong island side at night, there's the massive multi-media screen to look at, filled with 5,664 LED tubes, making it one of the world's largest.

For nearly two decades, Hong Kong Beer Co. was the lone local brewery in the city, trying to find shelf space alongside the mega-lager brands of the world. And then, in recent years, craft beer lovers from all corners suddenly crawled out from their makeshift kitchen breweries, cradling their experimental brands of yeast and unique, flavoured visions.

IBM reveals the five technologies set to change our world in the next five years. There's no denying it: our planet is hotter than ever. Researchers at Rutgers University have shown that the world is now at its highest annual temperature for 10,000 years.

Melissa Chiu on leading the way in the art world

Museum Director Melissa Chiu aims to establish the Hirshhorn Museum and Sculpture Garden as one of the world's major art exhibitors.. Check out our stories from Pursuits & stay updated with Prestige Online - Hong Kong , your go to guide for a good life.

Interview with the band the Jacksons

You get the feeling that when The Jacksons talk about music, they're proud ambassadors for the original Motown sound, an R&B style that's about distinct harmonies, hooks, hustle and plenty of hard work. The group has such a mystique, that it's surprising to realise that they are animated and willing to talk at length about their craft.

The Tech Behind Startups in Nigeria | IBM Smart Starts

Startups in Lagos are transforming Nigeria's capital city, and IBM Africa is helping them achieve their dreams. With a population of 21 million people, Lagos has become one of the 10 biggest cities in the world.

One careworn writer finally turned failure into success, with a little help from other writers. Scott Murphy interviews Adrian McKinty. Adrian McKinty advises aspiring writers to never give up on their dreams, citing he tasted success only after the publication of his 13th novel, The Chain.