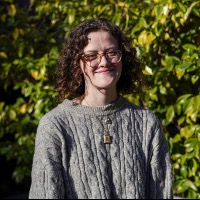 Cara Nixon is a reporter and graduate journalism student currently living in Berkeley, Calif. She recently graduated in June 2022 with an honors bachelor's degree in political science and applied journalism from Oregon State University and has over three years of print journalism experience. She now attends University of California, Berkeley's Graduate School of Journalism and writes for Richmond Confidential, covering the education beat.

Prior to coming to California, Nixon worked in both reporter and editor positions at local Corvallis, Ore. newspapers, The Corvallis Advocate and The Daily Barometer. At those publications, she produced hundreds of stories ranging in topic from homelessness and a scandal involving OSU's president to community events and arts and entertainment. While at OSU, she also participated in a photojournalism internship with Chris Johns, former editor-in-chief of National Geographic—an experience which birthed a year-long documentary project about a local homeless man and his daughter (to be available for viewing in the next few months).

Nixon's main journalistic passion is giving voice to low-income communities, and in the future, she would like to focus her reporting on issues affecting those communities. She is expected to graduate from Berkeley Journalism in May 2024.

'Where's my teacher?' Students and parents want to know why WCCUSD hasn't filled dozens of...

Parents protested and teachers rallied against West Contra Costa Unified School District on Wednesday, expressing frustrations with how the teacher shortage is being handled and communicated to the community.

Fourth grade dual-language immersion teacher Wendy Gonzalez has been fighting for bilingual education since 1998, often feeling that the school district treated it as more of an afterthought. A teacher shortage in the West Contra Costa Unified School District has exacerbated the problem, she said, leaving dual-language immersion in a precarious place.

Soggy weather dissuaded many from voting in person on Tuesday but, apparently, the rain did not keep people from casting ballots. "There have been an enormous number of ballots in the drop-off boxes," Melissa Hickok, with the Contra Costa County elections office, said Tuesday night.

Analysis | Big-name Democrats are campaigning in Virginia's race for governor. Does that help...

With just a few weeks left, the Virginia gubernatorial election between Democrat Terry McAuliffe and Republican Glenn Youngkin is getting tighter. While in August McAuliffe held a 6- to 8-point advantage over his opponent, in several recent polls, the difference between the two candidates is within the margin of error.

An email sent to Oregon State University students and staff by President F. King Alexander in November has raised questions and concerns from the local community about sexual assault and how it's being handled-or not being handled - at the university. The email came after a USA Today article revealed that Louisiana State University had mishandled...

Molly Larson Cook, a patron of the Corvallis-Benton County Public Library, said she always tells people she was raised by librarians. Cook's parents aren't really librarians, but as someone who moved a lot as a child, Cook has always considered libraries as her home base and integral to her personal community.

Juneteenth 'is American history,' and work should 'not stop at symbolic victories'

Oregon State University recognized Juneteenth as a university holiday for the first time this year, and though this is a milestone, Black community members highlight that there is much more work to be done. The holiday, which celebrates the true date of when enslaved Black people were freed on June 19, 1865, is also beginning...

"I cannot rap." That's what Destiny Franklin told their music literature partner in their junior year of high school at Kenwood Academy in Chicago, Ill. Franklin and their classmate were supposed to create their own beat and lyrics, record it and play the finished song for the class as a final project.