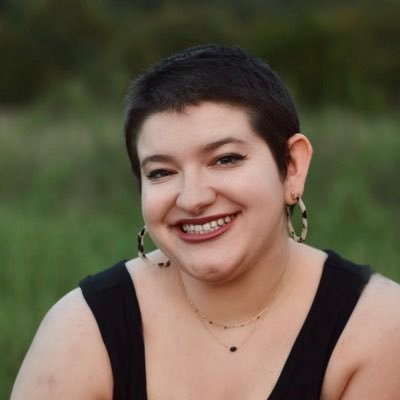 When Hamsa Club's Season Five collection launches this Friday, fans of the pop culture merchandise brand can expect its largest collection ever with fresh, funny never-before-seen pieces satirizing and celebrating all things Judaism. "I feel like we're at a moment where this might be our mainstream hit," said Kevin Abner, the founder and one-man show...

In the most unsurprising news ever, people are using the recently-released FBI Hate Crime report to be anti-semitic. When comedian Amy Schumer shared a tweet about the FBI's 2020 Hate Crime report - that of all hate crimes motivated by religion, 57.5% targeted Jews, who make up less than 2% of the total population - the usual infuriating, anti-semitic comments rolled in.

After decades of resistance, LGBTQ marriage is Conservative practice. Is Modern Orthodoxy next?

My isolation told me I was unlovable, and I accepted that as fact. I've always been lonely. I'm a perfectly normal 24-year-old woman, and I've never had a romantic relationship. It's not like I haven't tried. I've desperately wanted a boyfriend or girlfriend.

Marjorie Taylor Greene's Jewish constituents must live with her hate

Disturbed, exhausted, frightened, frustrated, hurt - these are only a few words members of the Rome, Georgia, synagogue Rodeph Sholom have used to describe their reactions to Republican Representative Marjorie Taylor Greene. Within the last week, Greene, a believer in the QAnon conspiracy theory, was revealed to have publicly called for the execution of top [...]

Disturbed, exhausted, frightened, frustrated, hurt - these are only a few words members of the Rome, Ga. synagogue Rodeph Sholom have used to describe their reactions to Republican Representative Marjorie Taylor Greene.

Senator-elect Jon Ossoff's opponent in his contentious recent Senate race, former Senator David Perdue, ran ads that digitally lengthened Ossoff's nose and painted him with age-old antisemitic tropes: the socialist, the globalist, the media-controlling journalist. Perdue saw Ossoff's Jewishness as a liability. Ossoff's supporters saw it as something to be celebrated.

When Jon Ossoff and the Reverend Raphael Warnock stand together to campaign in Georgia's twin Senate runoffs, they stand on the state's well-established foundation of Black-Jewish cooperation. "The first time I sat down for a meal with Congressman John Lewis, what he wanted to talk about was the historic bond between the Black community and the Jewish community here in Georgia," Ossoff said after the Atlanta Press Club's December 6 debate.

Loeffler, Ossoff and Warnock to participate in Sunday debates. Here is how to watch:

As election volunteers counted absentee ballots well into the afternoon in Georgia, the fate of the state’s 16 electoral college votes for president was unknown. It wasn’t clear, either, if a Senate race between incumbent Republican Sen. David Perdue and Democrat challenger Jon Ossoff would head to a January runoff election.

Religious leaders across Middle Georgia are praying for a peaceful Election Day and comforting anxious congregations. “It is my big hope and prayer that we are able to use our voices. But more than that, we are in a period of tremendous pain and division as a society that as a nation,” Rabbi Elizabeth Bahar of Temple Beth Israel in Macon said. “And it’s my hope and prayer, not for today, but really for Nov. 4 and forward, that we’re able to come back together. And be once again, the United...

Since her contentious loss to Brian Kemp in the 2018 governor's race, Stacey Abrams has focused on improving voting access, both in Georgia and across the country. As Americans plan to head to the polls on Election Day, Abrams discussed her concerns, including what worries her in Middle Georgia, about voter suppression and election infrastructure with The Telegraph.

I Am In Love With Sacha Baron Cohen

Democrat senate candidate Jon Ossoff, running against incumbent Sen. David Perdue, recently spoke with McClatchy about the race, his policy priorities and his opponent. Ossoff, a former investigative journalist and media executive, has made improving health care for Georgians a focal point of his campaign.

Rep. Doug Collins, a Republican candidate for one of Georgia’s two Senate seats, visited Macon last week on his “Trump Defender Tour,” a series of campaign stops across the state. Bibb County has consistently voted for Democrat presidential and senate candidates, but Collins isn’t “writing off” Macon. In an interview with the Telegraph, he said Maconites “need to know that the person they need to vote for senate is Doug Collins.”

Senate candidate Jon Ossoff on what he would do on 'day one,' Medicare and COVID-19

Democrat senate candidate Jon Ossoff, running against incumbent Sen. David Perdue, recently spoke with McClatchy about the race, his policy priorities and his opponent. Ossoff, a former investigative journalist and media executive, has made improving health care for Georgians a focal point of his campaign.

Incumbent Republican Sen. David Perdue and his Democratic challenger Jon Ossoff are neck-and-neck as they vie for one of Georgia's Senate seats, according to recent state and national polls. They faced off Monday afternoon in The Atlanta Press Club Loudermilk-Young Debate Series and spent the hour attacking each other's motives and funding sources during a terse back-and-forth.

I was hit by a truck on Yom Kippur. It saved my life.

One year ago this week, I was hit by a truck on Yom Kippur. It was nine a.m., and the Atlanta rush hour traffic was congested and dense, cars honking as busses tried to merge lanes. The apartment I was subletting in Midtown was one mile away from my office.

As I stood with a tallit wrapped around my shoulders, I couldn't help but think how different my bat mitzvah was than literally every other one I have ever attended. To begin with, I didn't even know I would have a bat mitzvah until nine days before the big day.