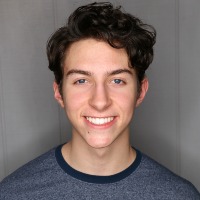 Published a poem, “Que Bonita Es Mi Tierra” in the magazine of National Spanish Honor Society. In addition to the publication, recipient of the Public Service Institute of Nevada's Gratitude Award as team leader for Bus Transportation Savers in the category of Education; former Nevada Senator, Valerie Wiener, chose the recipients as the founder and president of PublicServiceNV.

Developed independent projects and scripts like a Twine short story video game called The Interview. Collaborated with video and music producers on productions for celebrity comedian and actor, Pauly Shore. Participated in a 48-hour hackathon for Global Game Jam 2021 as project manager, narrative designer, and a concept designer for a video game called The Nest. Currently, a writer and editor intern at ClothedUp; meanwhile, represented by TNG Models as actor and model talent.

P.S. Sometimes the documents do not load correctly. PLEASE email me so I can directly send you a PDF of any writing or my resume. Thank you!

Some loose ends never get tied...

How a Moment Becomes a Memory

"I feel fortunate looking back on the trip and thinking about it all. Little Zach didn’t know his grandma was about to get sick, and spending time with his grandma would never again be like those two weeks in the city." A story about how my grandma was diagnosed with ALS, and how it changed our relationship and my life.

A short story thriller about a brother struggling to last a night alone.

I won a Gratitude Award as the team leader of this proposal for the Transportation Department of Clark County School District.

It can be difficult to find beauty in a disaster All artwork and other works in this issue belong to Albricias and their artists.