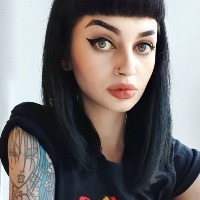 I‘ve been working as a journalist for over a decade now. I've worked extensively in print, and more recently on documentaries, radio features and broadcast news. I was a columnist for four years and have also been a section editor for an arts magazine.

When I'm not making programmes or writing, I'm a regular UK media pundit on both television and radio.

I've most recently worked for BBC Scotland, was a columnist in The National and have bylines in many well-known publications like The Guardian, The Metro, The Spectator and more.

I dig into gender, politics, identities, cultural and social issues. I’m passionate about digital journalism that reaches audiences where they are. I love creative non-fiction and finding the human touch that brings stories to life.

I was shortlisted for 2016 and 2017 Write to End Violence Against Women awards for best commentary.

NOTE: I have around 500 clippings – this is by no means my entire portfolio

Vonny Leclerc explores how women have been represented in art and media.

For most people in Scotland, swimming outdoors is something reserved for the summer holidays. Even when the weather is warm, only a few brave souls will be willing to attempt anything more than a paddle. But despite the low temperatures, wild swimming is on the increase in Scotland, with more and more turning to the cold water for its beneficial effect on mental well-being. The Nine's Vonny LeClerc went to meet one group who swear by swimming through the winter.

What happens when we disagree with the robots we're working under?

It's the 22nd century. Thanks to some beef over who should lead the Klingon High Council, the crew of the Starship Enterprise are pulled into a civil war. All senior officers are given a ship to command - except Data, the second officer, the only android in the fleet.

The rise of automation 'risks creating a useless class'

The last time robots threatened our jobs, there were riots. The Napoleonic wars had taken their toll on Britain: food prices skyrocketed, taxes ballooned to fund the war effort, and labour-saving machinery had put textile workers out of jobs. Enter 'Luddism'. At night, the workers would meet secretly, on the moors, planning and practising for their attacks.

Any mother caught between the demands of a child-rearing and work know the difference help can make. Despite women's relative progress over the last 50 years, they're still shouldering the burden of childcare and domestic labour. For many working women, a 'second shift' of unpaid work awaits them when they get home - and careers suffer.

How close are we to having a button that gives us orgasms on demand?

Tech-assisted sex has been stuff of fantasy since human beings conceptualised robots. As advances in technology change what it means to be human, and our interactions become mediated by new devices, it opens a question up about the future of sex.