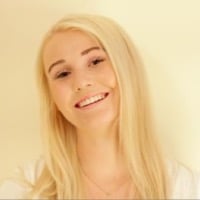 Victoria recently completed a Master's Degree in International Journalism at City, University of London with a First-Class Honours, during which she gained experience in broadcasting, print and digital journalism. Prior to her Master's degree, she completed an Undergraduate degree in Social Anthropology at the University of Edinburgh, where she was News Editor of the University's student newspaper, The Student. She has also worked in Tanzania teaching sustainable First Aid.

Far below the streets of London exists an underground city of Second World War bunkers that were purpose-built in the event of an attack. When the war ended, these spaces were largely left empty. Well, not all of them.

One summer morning six years ago in his hometown of Dammam, Saudi Arabia, Shoaeb was driving along when his car slid, rolled over and flipped off a bridge. The next thing he remembers was waking up a few weeks later in hospital with a spinal cord injury and no feeling in his legs.

At 15 years old, Lily Asch was admitted to a psychiatric ward back home in the United States. She had been dealing with severe clinical depression for a number of years, and it hit a breaking point. Lily was brought in as an inpatient for suicidal thoughts and self-harming.

This article about a UK student entrepreneur journey was published by the Great British Mag content team on 21 November, 2019 When Simon Plazolles-Hayes was 10 years old he and his parents moved from the U.S. city of Delaware, Ohio, to the nearby countryside in order to start their own farm.

From Syria to a London university: a child refugee's story - Great British Mag

Just two years ago, Birkbeck University student Ishmael Hamoud was one of thousands of migrants living in squalid conditions in a makeshift camp in Calais. During his 13 months there, he regularly attempted life-threatening trips by lorry to illegally enter the UK-often entirely on his own.

What are the signs of a mental health problem? - Great British Mag

Studying should be an exhilarating experience and a time in your life when you learn new things, meet new people and learn how to become an independent adult. However, all of this is challenging too and can lead to stress and anxiety.

Brits and dating: 10 things you should know - Great British Mag

Imagine: you're leaving class and thinking about your long evening ahead ordering a take-away and indulging in slightly depressing romantic-comedies. You get home, pour yourself a glass of wine or make a cup of tea and then decide to ask one of your single friends to come keep you company and get chatting about your past short-lived romances.

The Power of Nonviolent Protest

By Victoria Belton Time has told that effective passive resistance tends to not only affect changes in the moment. Its pulse trickles down through time, rushing fervently through the veins of future generations. In contrast to those pursuing a cause through violent means there exists clusters of persons consciously developing a universalistic, humanist cause for political transparency, impartiality and integrity.

Word on the Water: How London's most famous floating bookshop made it to King's Cross

Claire Sweeney looks back on 30-year career at Zedel venue

ACTRESS, singer and TV personality Claire Sweeney will look back at her 30-year career in one of Soho's most intimate cabaret venues. She is taking centre stage at Crazy Coqs at Brasserie Zédel, Soho, for four nights this July.

Marina Cantacuzino is speaking at the Queen's Park book festival

So, over to Queen's Park, where this weekend the area's literary festival takes place - and it is full of extraordinary writers telling extraordinary stories. One of those that stands out is the story of Grace, as told by Queen's Park journalist Marina Cantacuzino, author of The Forgiveness Project: Stories for a Vengeful Age and the graphic novel Forgiveness is Really Strange.

Victoria Belton A stalwart of Islington's Polish community, Aleksandra Podhorodecka MBE is organising a 'heritage day' at the Parish of Our Lady of Czestochowa and St Casimir in Devonia Road. She speaks to the Gazette. Aleksandra Podhorodecka MBE has played a central role in Islington's migrant community for years through her involvement in the Polish church and education.

Archant Islington Council has become one of the first town halls to sign a charter to eradicate modern slavery. Along with Oxford, Bristol, Lambeth, Waltham Forest, Stevenage and Bassetlaw Councils, Islington signed the historic agreement - an initiative of the Co-operative Party.

The brother-in-law of Sheku Bayoh has heavily criticised the police-led investigation into his brother's death in police custody, in remarks made to The Student. The brother-in-law, Ade Johnson, told The Student he had "no confidence" in the Police Investigations and Review Commission (PIRC) set up to investigate the circumstances of Bayoh's death.

Researchers at The University of Edinburgh are developing solar panels that will be able to purify sewage water across India. Solar energy is a low-cost, simple and highly-accessible method of energy. The Indian Government has structures in place for decontaminating stream and river water, however water access would improve drastically by purifying sewage water.

What a ride! Marylebone's summer festival is a sunny spectacular

The Student speaks to MP Tommy Sheppard about the necessity of reinstating post-study work visas...

UPDATE: In response to requests for clarification from The Student, a spokesperson for the University reiterated the statement below and added: "We will be providing clear and accessible information on our support for students and staff by early December." The University of Edinburgh has changed its tuition classifications to treat asylum seekers as home students, The Student has confirmed.

The University of Edinburgh has yet to take a clear stance regarding the waiving of international fees, and the provision of additional monetary support for asylum seekers in Scotland, despite rising pressure from activists. In November 2015, while speaking to The Student, a university spokesperson said: "We will be providing clear and accessible information on our support for students and staff by early December."

A sex-work law reform bill has been proposed in the Scottish Parliament to decriminalise prostitution in Scotland. The bill aims to promote the safety and uphold the rights of people who sell sex in Scotland.

The newly-created Edinburgh Centre for Robotics (ECR) has recently received an iCub talking head robot named "Nikita". It is being taught robot-human interaction and how to mimic facial expressions. Part of the School of Mathematical and Computer Sciences (MACS), the ECR is a joint venture of Heriot-Watt University and the University of Edinburgh.

New research from the University of Edinburgh suggests that children whose grandmothers were stressed during pregnancy have a greater chance of developing mental-health disorders later in life. Through a study done on rats at Edinburgh's Roslin Institute, depression and anxiety has now been linked to genes.

Exam timetables have been released a week earlier this year, following years of lobbying from successive Edinburgh University Students' Association (EUSA) sabbatical teams. The decision is the result of an ongoing debate between key players at the University on whether a date change would be viable.

A Sri Lankan electrical engineering student at Bangor University in north Wales avoided deportation by the Home Office a few hours before her scheduled flight. Shiromini Satkunarajah, 20, moved to north Wales with her parents 8 years ago as they fled the Sri Lankan Civil War.

A majority of Black and Minority Ethnic (BME) staff at universities and colleges in the UK feel regularly subjected to bullying and harassment, according to a new study by the University and College Union (UCU). On 4 February, the UCU published a report in anticipation of a national day of action against racism in the workplace which took place on 10 February.

BBC Three has announced the arrival of a new online six-episode "thriller" series, Clique, which is set at The University of Edinburgh and closely related to Skins, but in a new setting. Clique was created by Jess Brittain, who was on the Skins writing team and is the daughter and sister of Skins co-creators, Bryan Elsley and Jamie Brittain.

Police Scotland and the Equality Network, a national charity focused on ensuring LGBTI equality, have vowed to work together to crack down on hate crime against LGBTI individuals. A specialty training programme will be delivered for over 60 officers around Scotland, announced the Equality Network in a recent Press Release.

Outcry from Edinburgh alumni has led to the return of the former McEwan Hall entrance gates, which were set to be auctioned off by Sussex-Based Summer Place Auctions on 21 September, according to a recent University of Edinburgh Press Release. The sale of the late 1890's wrought-iron and carved sandstone gates was expected to make a return of £120,000.

Ada J. Wells, LBGT+ Convener at the Edinburgh University Students' Association (EUSA), has resigned following controversy over tweets that appeared to incite violence against police officers. In a posting Tuesday afternoon to the LGBT+ Liberation Group's Facebook page, Wells, who uses the pronouns "they", "them", and "their", cited abuse they had received following their tweets as a reason for their resignation, and expressed a willingness to help their successor settle into the role.

'Against Trump, Against Hate' Rally held in Edinburgh

On 12 November, an 'Against Trump, Against Hate' rally was hosted in Edinburgh in opposition to Donald Trump's rise to power in the United States, and the violent hate crimes against minority groups that have followed his nomination.

TEDx and EUSA host event on women in homelessness

A helping hand: the joy of volunteering abroad

In 2012 I travelled to a small village in Fiji to volunteer at a primary school and build a footpath through the village. My time volunteering there was the best and most influential few weeks I have ever experienced.

10 reasons why sabbaticals are the way forward

Victoria Belton, Content Writer · 23 Aug This feeling is especially common as the number of hours expected in a working week have grown exponentially. It's not uncommon for people in industries such as finance and law to work over 80-90 hours a day.

In a working environment with hundreds of different relationships, positions, and treatment, it is often too easy to treat people differently. But although this is inevitable, it doesn't have to be unfair or unequal. Equity Theory can be used to understand how employees might perceive unfair circumstances.

A guide to dress down and casual Friday

Wouldn't it be easier if all five working days you didn't have to don all the stuffier items in your wardrobe? Here's why your office needs a dress down Friday policy and how to implement one.