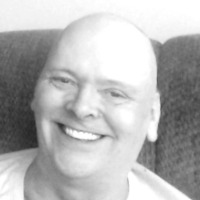 Trevor Martin is a freelance writer and his work appears in the Guardian, BBC, The Advocate, Huffington Post, YourTango, GScene, and more. He is also an aspiring playwright.

He studied psychology at Leicester University in the UK and he has a BA in Performance Arts from Middlesex University, London, UK. He was an actor/singer and he appeared in the original London production of Evita directed by Hal Prince and also in Tony award-winning Grand Hotel - the Musical at Dominion Theatre in London's West End which was directed/choreographed by Broadway legend Tommy Tune.

He is available for assignments.

A story of astonishing bigotry and thuggish homophobia was beamed around the world last month when two young women -Yunka Mihura, 21, and Joana Palhares, 18, - were manhandled, beaten, arrested, and thrown in a jail cell for kissing at a public gospel concert in a park in Brazil.

I wonder how the nominees manage to keep that gracious, fixed smile as the other guy wins? They always applaud eagerly for the winner and give a knowing nod as though they expected to be trumped by their competitor.

Pope Francis's no-longer-secret meeting in Washington DC with anti-gay activist Kim Davis, the controversial Kentucky county clerk who was briefly jailed over her refusal to issue same-sex marriage licenses in compliance with state law, leaves LGBT people with no illusions about the Pope's stance on equal rights for us, despite his call for inclusiveness.

This Is Love, Kiddo

I Grew Up Biromantic in a Heteronormative World

Believe it or not, developing very strong feelings for your psychotherapist is a relatively common experience for clients and it is referred to as transference. This is when the client redirects feelings from their past and projects them onto the psychologist. RELATED: What Makes A Good Therapist?

How Will Ireland's Marriage Vote Influence the Supremes? Stop. In the Name of Love...

How will the groundbreaking success of the "YES" vote in Ireland affect the USA Supreme Court when they make their decision about possible countrywide acceptance and legalization of same sex marriage in America this month?

Glad to Be Quirky But Don't Want to Be Unique

I have always wanted to be individual but I have never really enjoyed those moments when I have felt terminally unique. What do you think?

Facing my fear: I watched too many friends die of Aids. Then I was diagnosed | Trevor Martin

One summer day in 1994, my best friend Steve - a gentle, jovial guy with the most disarming chuckle - called and asked me to meet him for lunch. He looked serious that day. As we settled into the outdoor cafe in London's West End, he got straight to the point: he had just been diagnosed with Aids.

Amidst the backdrop of breathtakingly beautiful Wyoming scenery, on deserted Brokeback Mountain, two lonely cowboys stumble into an enduring and passionate love affair.

'God Shot John Lennon' and Other Pearls of Wisdom From Marco Feliciano, the Anti-Gay Head of...

A few weeks ago in Brazil, two young women, aged 18 and 20, were ejected from a public evangelical event, manhandled, publicly insulted, handcuffed and arrested for having engaged in a kiss while pastor Marco Feliciano, who is also a congressman and the president of Brazil's Human Rights and Minorities Commission, was speaking.

'I'd like to thank ........' When they unfurl the red carpet for the Oscars, I'd volunteer to vacuum it just for a chance to be there. To be amongst the constellation of bejewelled and glowing glitterati - fabulous! Lord knows on Oscar night the nominees probably haven't slept for days let alone eaten anything.

The current revelation that Russia has enacted anti-gay laws reminds me of my youth in London. Russia seems to have come late to this particular party.

I have stood in my living room a few times with a shampoo bottle/lamp/fake Oscar, thanking everyone. I must quickly add that I haven't done it recently. Honestly I haven't. Really. No. I haven't. Okay then, maybe once.

I hadn't read a gay story before and Brokeback Mountain was a thump in the stomach. The sparsely, gently written simplicity of the prose concealed an achingly tragic narrative that haunts you long afterwards.

The Kiss of Courage: Photos

A story of astonishing bigotry and thuggish homophobia was beamed around the world last month when it was reported that two young women -Yunka Mihura, 21, and Joana Palhares, 18, - were manhandled, beaten, arrested, and thrown in a jail cell for engaging in a same-sex kiss at a public gospel concert in a park in Brazil.

Why Do Gay Men Historically Adopt Female Stars as Their Icons?

An acquaintance here in San Francisco informed me that these women are not merely icons: These heroines are veritable patron saints! When a little boy who is destined to grow up straight has a poster of his favorite sports star, superhero, or astronaut on his bedroom wall, we may conclude that he admires and identifies with him and perhaps even wants to be his icon in some way.

Glamour is not important when assessing artistic excellence but in today's culture, beauty and talent have become confused and somehow collide with each other.

Delighted to see that Brokeback Mountain leads the pack with eight Oscar nominations including a nod for Jake Gyllenhaal as best supporting actor. Gyllenhaal was not nominated for a Golden Globe so it's great to see the Academy got it right this year. Otherwise it was business as usual and there are few surprises.

The Kiss: Two Young Women With the Hearts of Warriors Confront Hatred and Bigotry

A few weeks ago it was reported that two young women had been manhandled, arrested, beaten up and thrown into a jail cell for engaging in a same-sex kiss at a public gospel concert in a park in Brazil. I am in touch with one of the women, who told me about what happened at the event.

Gay Destinations: The Greek Island of Mykonos -- A Personal Story

It was early evening, and the light was fading, and the late-September Mykonos weather was blustery and chilly. I put my arms around him as a motorbike passenger should, hugging him through his leather jacket; speeding on the back of his bike was the perfect excuse to clutch him tightly.

Years Ago My Best Friend Died of Aids. Later, I Was Diagnosed Too -- Today It's Different.

Nowadays a diagnosis of HIV or even full blown Aids (CD4 below 200) shouldn't strike too much fear into the heart of the afflicted person sitting in front of their doctor - but back in the day when Aids swept through London claiming so many friends, things were very different.

The LGBT Magazine, for those who want another view. Features articles and interviews with YesEquality / TáComhionannas, Jef Joslin, Rick Elliot, International Dublin Gay Theatre Festival, Patrick McKee of Renua Ireland, and much more.

Jonathon was perched atop the Pyramid skyscraper. The whistling gusts and swirling rain were of no consequence to him. He was unshakably focused on Veronica Jones in the side street far below. He fluttered the droplets of rain off his wings and and swiveled his head to keep Veronica Jones in his sight.

These days we read frequent stories of occasional danger and frequent discomfort in the air. The recent unusual story of the Brit who asked the hijacker of an EgyptAir flight for a posed photo reminded me of an in-flight experience that was terrifying at the time and had some unexpected results.

Glad to Be Quirky But Don't Want to Be Unique

I have always wanted to be individual but I have never really enjoyed those moments when I have felt terminally unique. What do you think? When I was a psychology student I ticked off all the symptoms of the diseases I was studying and often freaked out because I decided I was after all one of those people.

Surrogacy, Same Sex Parenting and What Sex Is for (and It's Not for Making Babies!)

Whatever one thinks of the fracas that erupted between Dolce & Gabbana and Elton John, their very public argument has indeed been the catalyst for spirited online debate regarding same sex parenting and surrogacy. Dolce & Gabbana are known to be gay and their comments demonstrating an aversion to same sex marriage and assisted reproduction can only be described as peculiar.

A Story of Adoption: two gay men speak of the process - the pitfalls and the joys.

It’s a challenging and an indescribably rewarding journey. Adopting a baby is a valid and lovely way of deciding to parent. My partner and I are lawyers and so we were not intimidated by the legality, the courts or the judges.

We Never Forgot How To Dance

Time magazine reported on the homophobic lashing out by society and included this joke as an example of the rotten attitude exhibited by mainstream society: Young man: “Mum, Dad, I have some good news and some bad news. Which would you like to hear first?” Mother: “Tell us the bad news first, son.” Young man: “The bad news is that I am gay.” [Parents gasp in horror.] Young man: “Don’t worry. The good news is that I am dying.” Aids was considered a gay disease and the Conservative government,...