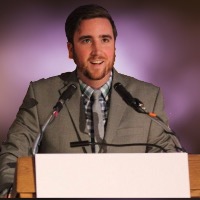 The executive producer of the Miranda Warnings podcast, a conversation show featuring interviews with thought leaders, politicians, activists and authors.

With over an 80 episode archive, Miranda Warnings has;
- Broken news during the interview with Harvey Weinstein's defense counsel.
- Rep. Mondaire Jones of New York recall his memories of the Jan. 6 insurrection.
- Former Attorney General Loretta Lynch give some of the strongest rebukes of former FBI Director James Comey's actions in the run-up to the 2016 presidential election.

Our social media promotion has been the catalyst for NYSBA's growth in this space increasing engagements, followers and mentions.

What was it like being on the House floor during the Capitol Insurrection? @MondaireJones recalls the terrifying moments before he and his colleagues were rushed to safety.Only on @WarningsMiranda.Listen on @ApplePodcasts & @spotifypodcasts pic.twitter.com/nbbUGtghsf

How has @NFL has made it through 3 weeks of games with minimal positive [email protected] discusses this and more only on @WarningsMiranda Listen & Subscribe on @ApplePodcasts @TransistorFM https://t.co/zc8z4grBl6 pic.twitter.com/Ww5Cu1VzDT

ICYMI: This week on @WarningsMiranda former US Attorney General Loretta Lynch discusses her disappointment with @Comey on his handling of the Clinton email case. Subscribe on @ApplePodcasts - https://t.co/FDStvWBK5L pic.twitter.com/Owgg0jeilj

What You Need to Know as New York Nears Cannabis Legalization

As New York inches closer to legalizing, regulating and taxing cannabis, the state finds itself in a unique position. Not only does it have an opportunity to learn from states with robust legal cannabis markets but it can galvanize other states to help launch social equity programs. During a recent panel discussion sponsored by the ...

Up in Smoke: How Expungement of Cannabis Crimes Will Work Under the MRTA

In the weeks since New York Gov. Andrew Cuomo signed the Marijuana Regulatory and Taxation Act (MRTA) into law, advocates, lawmakers and legal experts have been touting the economic and social benefits that the bill will have on communities most impacted by the war on drugs.

Rep. Mondaire Jones Expected To Die as he Prepared To Battle Insurrectionists

Congressman Jones talks in more detail about the insurrection at the Capitol and discusses his views on fellow freshman members of Congress, Rep. Lauren Boebert (R-Co) and Rep. Marjorie Taylor Greene (R-Ga) and their objectionable behavior in the weeks following the insurrection.

Where are the Women Leaders in Sports? - New York State Bar Association

Valerie Ackerman, the commissioner of the Big East Conference and founding president of the Women's National Basketball Association, has worked her entire career in both. She spoke Tuesday to members of the New York State Bar Association's Women in Law Section at the association's Annual Meeting.

Product production reel for Original Works in 2017 and 2018.