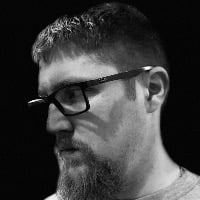 Christopher J. Long is from Green Bay, Wisconsin. He grew up in Wisconsin all of his life but that doesn’t mean that he hasn’t been around. Traveled frequently when he joined the Army in 2003 and he has been to almost every continent the world has to offer. He has a wonderful wife named Anna, along with his three kids: Isabella, Benjamin, and Evelyn. While he was in the Army, he did a service tour in Afghanistan and received the Purple Heart for wounds received in action.
Since then, he exited the Army, honorably, and has received his Associates Degree in Graphic Communications along with authoring a book titled Of The Red. Chris has found a passion for writing and only wishes to extend that skill into a journalism career by going to school at Ashford University.

Tyler Green is being hunted by something. He saw it kill three people in a way that cannot be explain. Now he and his friend Tanya are surviving on their own and need to find out how they can stop what is hunting them.

What divides us from the truth?

Is there discrimination in Journalism?

The Grey Area on Email Hacks

The dangers in Journalism when publishing from hacked emails

Casualties of the Trade War