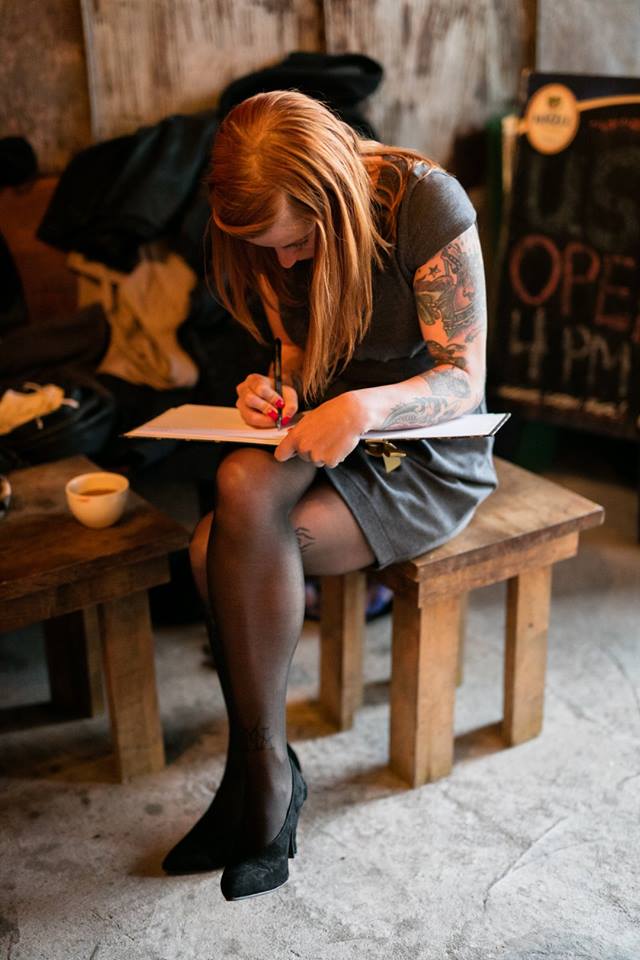 Rebel 8: Their Hearts on Their Sleeves

Got a Girl Crush

Ink Master: A Dose of Reality

The Biggest Tattoo Show on Earth

Got a Girl Crush - Interview with Shannon Shaw of Shannon and the...

"He Only Likes You For Your Fat Ass And Big Tits"

I eased up on myself when I started college and moved into an apartment in Brooklyn. I binge drank, and ate countless dollar slices of pizza. I quickly put on the weight I'd worked to keep off in high school and a little extra.

(photo from Kevin "Squid" Bolger on Instagram @keirinberlin) Bill Meier, known throughout the bicycle community affectionately as "Bilthy" because of his, shall we say rugged exterior, was as real as they come. He was a famous bike messenger and was recently delivering pizzas in Williamsburg ( http://best.piz.za.com ) when he became ill and was hospitalized.

Aloha Sam Paul I awoke to smell of bacon and the sound of his screams. Both the sound and the smell traveled down the hallway through our closed bedroom door. He was preparing breakfast shirtlessly...

Volume 6, Issue 1 Spring/Summer 2018 FLAR is a biannual anthology of literature and art from around the world.