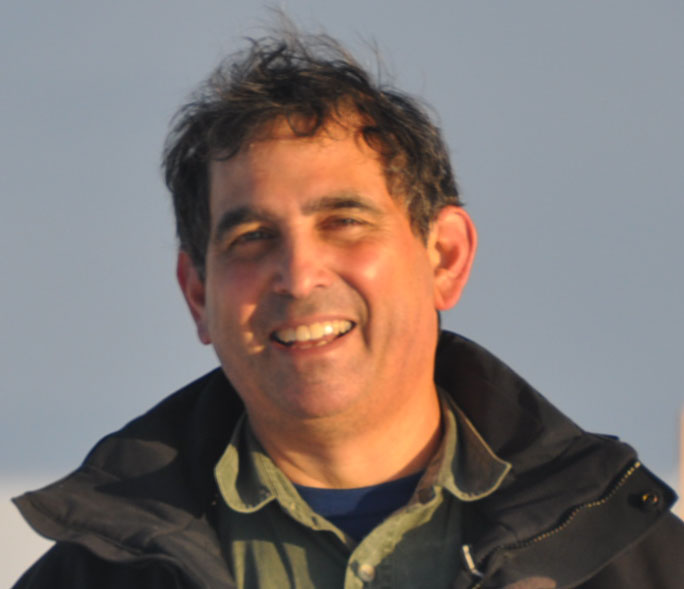 As senior writer for Eos, the newspaper of the Earth and space sciences published by the American Geophysical Union, my journalism beat encompasses breaking news and enterprise articles about policy, politics, and discovery in the areas of Earth and space science and environmental issues. Coverage ranges from climate change and frontiers of ocean and space research to actions by federal and international agencies, the White House, Congress, and the Supreme Court. Field reporting has ranged geographically from the middle of the Greenland ice sheet to the Pacific Ocean.

Portfolio
Eos, newspaper of the Earth and space sciences
03/04/2014

A new initiative is using advances in satellite technology, open access to data, cloud computing, and crowdsourcing to try to stem deforestation around the world.

Although a major chemical spill that contaminated the water supply for nearly 300,000 people living near the Elk River in and around Charleston, W.Va., took place more than a month ago, experts at a 10 February congressional hearing still were not willing to definitively state that the water is safe to use again.

As secretary of the U.S. Department of the Interior, Sally Jewell oversees a department whose mission involves both the management and conservation of federal lands and natural resources. On 27 January, Jewell spoke with Eos about balancing energy development and conservation, dealing with climate change, and the role of Earth science.

Space Station Operations Would Extend Until at Least 2024 Under Obama Plan An 8 January decision by the White House to propose an extension of the International Space Station’s operation until at least 2024 would allow for increased research on board the floating laboratory, a longer planning horizon for commercial activities, and a continuation of international cooperation in space, administration officials said.

The Comprehensive Nuclear Test Ban Treaty, which opened for signatures in 1996, recently has gained some momentum with some new and upcoming measures.

Although fewer record-setting snow and ice events occurred in the Arctic in 2013 compared to 2012, “the impacts of the persistent warming trend of over 30 years remain clearly evident,” according to the 2013 Arctic Report Card issued by the U.S. National Oceanic and Atmospheric Administration.

Abrupt changes in Earth’s physical climate system—as well as abrupt impacts to physical, biological, or human systems from even gradual changes in the climate system—could lead to major disruptions, according to a report from the U.S. National Research Council.

“It is increasingly incumbent on all of us as Earth scientists to help make the connection between scientific data and decision makers,” Kathryn Sullivan, acting administrator of the National Oceanic and Atmospheric Administration, said at the 18 November meeting of the U.S. National Research Council’s Board on Earth Sciences and Resources. The meeting marked the board’s 25th anniversary and brought together officials and scientists to take stock of its impact on shaping the Earth science...

The mid-September 2013 deluge of parts of central Colorado—which broke many precipitation records and devastated communities—also personally affected a number of natural hazards experts who live there.

The recent 16-day shutdown of the U.S. federal government cost the U.S. economy an estimated $24 billion. Federal science agencies are also tallying significant negative effects, including interruptions, delays, and, in some cases, cancellation of critical research projects in the Earth and space sciences.

Antarctic Projects Stymied by the Shutdown

The U.S. federal government shutdown coincided with the beginning of the Antarctic austral summer research window, and many scientists told Eos they are deeply concerned about the impacts on research there.

"We made it," Voyager project scientist Ed Stone announced at a 12 September briefing at NASA headquarters in Washington, D.C. NASA's Voyager 1 spacecraft, the most distant human-made object, is now the first such object to enter interstellar space, the space between the stars. "The 36-year-old probe is now sailing the uncharted waters of a new cosmic sea, and it has brought us along for the journey," Stone said.

Stating that climate change "is a challenge that does not pause for partisan gridlock,” U.S. President Barack Obama took matters into his own hands and presented a broad-based climate action plan on 25 June.