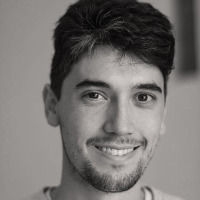 I am an NYU Tisch School of the Arts honors graduate and freelance writer. Among my recent work, I was a head writer for an optioned news comedy show with BBC journalist Neil Harvey, as well as for a technology web series in Portuguese, sponsored by Sunsea Brazil. I interviewed and wrote a short memoir to a Korean War survivor which was published for distribution to her family and friends. I was a story consultant to Sedona Feretto, whose resulting screenplay was a finalist in several screenwriting contests, and to colleagues at NYU, University of the City of London, and Sorbonne. I was a quarter finalist for my own work at the WeScreenplay Feature Contest and ran a short-lived but popular Instagram page reviewing and suggesting little-known films.

In development with RT UK

The Real Deal with Neil (exerpt)