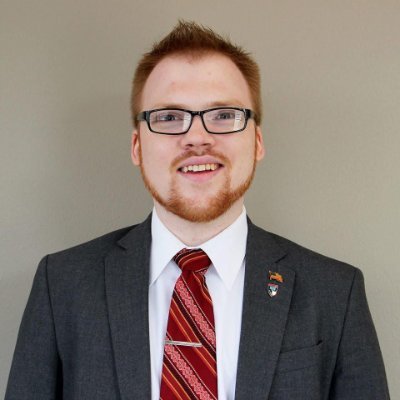 My name is Peter Pischke,

You may have seen my work covering the opioid crisis or read my report on Resident Evil.

I am an independent journalist focused on health & disability issues; as well as entertainment and gaming. My main beat is the opioid crisis. Other topics I frequently write about include nerd culture, film, politics, and journalism ethics.

I aim to always be a creative writer and reporter with a proven history of impactful pieces centered on hard-hitting issues as well as lighthearted nerd topics. A strong communicator possessing a wide network of contacts. A dedicated investigator and researcher experienced in putting months into impactful pieces.

My passion is for great journalism, and leaving my audience more entertained and enlightened than before they encountered my work.

(Cover is a screengrab from documentation sent by anonymous source) (media pls cite author name & publication) For many gamers, the upcoming Resident Evil 4 VR Remake is the "it-game" of 2021.

A painful struggle: Opioids can be dangerous, but restrictions - or a ban - are worse

For the last nine years, this country has suffered from a growing overdose crisis caused by illicit fentanyl - aka "the opioid crisis " - which is responsible for killing more than 80,000 Americans in 2020 alone. The crisis started from good intentions by public health authorities.

Attorneys general from across the country reacted to the opioid crisis by taking big pharmaceutical companies to court. The fund they won, they promised, would be spent on addiction services, thus working to end the crisis.

Crime of the Century: How HBO fabricated, manipulated, and outright lied about the opioid crisis

At the start of May of this year (2021), HBO released their latest Alex Gibney mega-documentary project. Alex Gibney is a titan in the documentary world , having published behemoth documentaries on topics like Scientology (Getting Clear) and Enron ( T he smartest guys in the room ), among others.

A Eulogy for David

How could this have happened? Why wasn't I there for him? Why didn't I do more? After putting down the phone, feelings of confusion and despair flooded my heart. David had been the first disabled friend I made since I myself became disabled some 14 years ago.

I have no involvement with the effort, but it sounds pretty petty on both sides -- Why change trivial things? Why be so upset about trivial things?" -John Carmack Houston: We Have Confirmation! October 20th was the end of the embargo for the gaming news media.

The games industry is being pushed by Germany and Electronic Arts in a direction that, if successful, would mean the mass de-platforming of right-wingers and free speech in gaming. The Anti-Defamation League and the big names in Silicon Valley have already signed on to similar projects in the US.

The opioid overdose crisis is back in the news with recent revelations that the already shocking death toll has increased dramatically since the pandemic. Drug overdose is now the leading cause of accidental death with opioids accounting for most of the deaths. This crisis has certainly received a lot of attention from lawmakers, healthcare professionals, and the media. However, Saving Elephants returning guest Peter Pischke argues that much of the debate over what to do about the growing...

Every day some 40 million players, mostly children, log on to the most popular game in North America and Europe, and perhaps the world. Unless you are 15 years old or a parent of someone who is, however, you may never have heard of Roblox before.

The Smithsonian's Old Not Better Podcast: Peter Pischke – A painful struggle: Opioids can be...

This is the latest episode of the very popular, Not Old Better podcast, hosted by the Smithsonian. In the episode journalist Peter Pischke is interviewed about the opioid crisis and the opioid crisis. This episode turned out to be so popular in just 2 days over 160,000 people listened to it on SoundCloud alone.