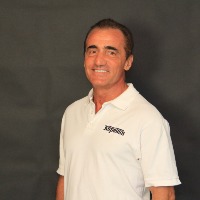 We've all heard accounts of someone who worked successfully in one career, then mid-life was forced to change professions.

Perhaps this has even happened to you.

When these stories have a happy ending, we all think "GREAT -- It happened for a reason"!

Well, I'm one of those people. And the size of my smile is proof.

The financial crisis of 2008 was bad for almost everyone. At that time my position was Treasurer of a Miami bank. Just a few years earlier I moved to Florida from NY. There I had a rich career, managing billions of dollars. Each day I'd mix it up with the big guys, right on Wall Street.

Well, in 2009 my career came to an abrupt halt. In a state known for their oranges, I was handed a huge lemon. And it seemed extra sour since good jobs in banking and money management appeared gone forever.

This is when I took the lemon and figured out how to make, you guessed it, lemonade.

I have always enjoyed and practiced creative writing. On a lark, I sent a humorous yet sales-style email to a financial newsletter publisher. Because it was totally unsolicited, I had to be clever to make sure they opened it. Then it had to get their attention, so they would read it all the way through. And all of that would be useless if they weren't intrigued enough to follow-up.

This email actually changed my life. I closed with a line saying how easy it would be for us to meet. I explained why they were missing out if they didn't find time to talk to me.

They called. We talked. I was hired. They were excellent teachers. My new career took off!

That was almost four years ago. Since then I have continued to learn and have met some pretty big challenges. I have written direct response emails that quadrupled a companies open rate, then multiplied their lead generation tenfold. I have written very successful sales letters, entire book launches, 12 episodes of a TV show, whitepapers, ghostwritten books, and gigabytes worth of web content.

This was very effective and caused high click through

One of 26 Launch emails

[The book mentioned in this eblast has been an Amazon.com bestseller since its release date on September 13! I wrote the entire pre-pre-launch, pre-launch, and launch for this bestseller in this email. In fact, I am the writer who came up with the books title (Return on Principle) and wrote the description inside the front cover. The overall launch included 26 eblasts, metadata for booksellers, banner ads, invites to launch parties, satisfaction guaranty, squeeze page, landing pages,...

Foobie is the self-inspired project of Coach Casey. Casey's compassion and drive to provide unique guidance to breast cancer survivors comes from her own personal story. She guides women back to a fit and confident life drawing from her own experience.

The Case for Fixed Income Investing

Do you know what your Advisor Style is? Dear [Reader], I’ve been getting a lot of emails in the past 4 days from advisors who are rethinking their strengths, weaknesses, and the offering model they’re best suited for. What I decided to do is have an assistant send a tool we’ve found helpful. It’s a quiz we’ve used internally with surprising results. I asked them to take it, do some soul searching on each question, and make an appointment to speak to me or...