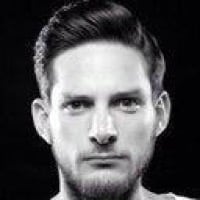 Started a blog in 2013 and was soon being paid to write, mainly about Manchester United & football in general but other stuff too.

Published on JOE, Republik of Mancunia, Squawka & Sabotage Times, amongst others.

Then decided to become a pub landlord, hence the two & a half years of writing silence.

Anyway, that’s the past, this is now, and I’m going full freelance, because it’s what I love doing and what I do best.

Oh, and I also beat Paul Scholes at a game of Crossbar Challenge, though he’d probably deny it.

On the 20th of May 2008, the day before Manchester United won the Champions League for the second time, my first child was born. My wife's labour had been a long, terrifying ordeal during which I, no doubt like so many fathers before and since, had been reduced to a quivering, crying wreck, completely unable...

Why shyness should be embraced as a natural part of being a man | JOE.co.uk

It isn't easy being shy, and it's even less easy to talk about it. So, when asked to interview Joe Moran about Shrinking Violets , his book on shyness, I immediately envisaged two men sitting uncomfortably at either end of the phone, all sweaty palms and incoherent mumbling.

The Ed Woodward Show Has Left United In Their Rivals' Shadows

On July 17th 2013, Ed Woodward, the executive vice-chairman of the then Premier League champions, Manchester United, left the club's tour in Australia early. He did so, we were told, to 'attend to urgent transfer business.' And so began the Ed Woodward Show. The newspapers were awash with rumours.

So, another famous person has died in tragic circumstances. This time, it's Robin Williams. Like so many news stories, these days, I found out about Williams' death on Twitter. It's odd, but there's something about that medium that makes bad news even more bleak than it already is.

The Day I Met Paul Scholes

They say you should never meet your heroes, for therein lies only disappointment. Sage advice, no doubt. So, when I was asked to go and interview Paul Scholes for Republik of Mancunia, did I heed it? No. I cleared my diary and told everyone I knew, and even a few people I didn't know.

Every now and then, the bubble in which the football world exists is burst by an event that, while rooted in football, transcends football completely, and reminds us that football is, after all, just a game.

Manchester United No Longer Recognisable To The Old Trafford Faithful

I park in the same spot I've parked in for years, a couple of miles away from the ground, to avoid the post-match traffic. The walk to Old Trafford has always been the same. Except it isn't the same anymore.

It's Carrick, You Know

The world of football does not tend to be your first port of call for sober reflection on life. In an industry that can so often be brash, where television companies jostle for attention and matches are billed like blockbusters, and where the players on the stage are trained to speak in hollow soundbites with which to bat away searching questions, it is rare to hear real candour.

Manchester United are on the offensive and, lets's face it, it's been a while since anyone could say that. Unfortunately, given that they haven't played since their limp defeat to Newcastle United just before the current international break, the offensive in question has nothing to do with their on-pitch performances.

We all have our reasons for falling in love with the beautiful game. I grew up in the days before Sky Sports, when 'Saints and Greavsie' was a thing and live football on TV was a rare treat. So, like many of my generation, it was initially through playing that the romance was kindled.