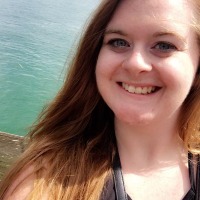 Self-Care Isn't Just Bubble Baths And Rosé, It's Building A Life You Love

I think a lot of us are swayed by the idea of Lush products, fancy candles, and expensive face masks as the best things for self-care. But self-care needs to be internal as well as external. Things like ridding your life of toxic friendships don't sound as instantly gratifying as the cozy things like taking a bubble bath. But they're just as important, if not more important when it comes to self-care.

I'm Going To A Concert Alone; Here's Why You Should Too

We live in a world of constant stimulation and contact. If you're not talking with a friend, you're able to go online and view a YouTube video or scroll through Instagram and Snapchat and see what everyone else is doing. And all of that stimulation can be exhausting. It's nice to have a little time for yourself. But who says that "me time" always has to be spent at home?

I grew up knowing women could be strong and so much more than what society sometimes dictates. I set high expectations for myself and believed that I could achieve so much greater things. I also felt that a woman should be true to herself. Like Usagi, a woman can be a "crybaby" and still be strong. Like Mulan and Jane, a woman can be strong or smart and find a man who loves her for who she is. Like Joan of Arc, you can surpass gender roles and make a difference in your community.

Searching "fitspo" online will likely bring up many pictures of women with flat stomachs clutching a protein shake. For years, this was the image I aspired to. But no matter how much I exercised and how little I ate, I could not achieve the look that in my mind defined fit. There's nothing wrong with looking like this; the issue is thinking that this shape is the only way to be healthy.

13 Must-Try Restaurants Throughout The Great State Of North Carolina

North Carolina is known for its wonderful universities, beautiful parks, and unique culture. However, the food scene is also evolving and many locally owned restaurants are putting the state on the map. From the mountains to the beaches, you are sure to find delicious food in all corners of the state.

A Gael García Bernal Film For Any Movie Fan

Gael García Bernal is a film director, actor, and producer from Mexico who is becoming well known in the United States for his extensive work in film and TV, including the Golden Globe-winning show "Mozart in the Jungle" from Amazon. If you're interested in diving into his filmography, you're in luck. Because Bernal has starred in such a diverse array of films, there is something for almost anyone. Wondering where to start? I've compiled a list of some of his best films!

Finding ways to earn freebies and cash can be helpful in a pinch!

Winter can be a difficult season for those of us with dry skin and skin conditions. The low environmental humidity can sap the life out of already dry skin. Even if you don't have dry skin, it's still a time of year you should take extra care of your skin. Here are 10 of my holy grail products for keeping my skin glowing through this dreary season.