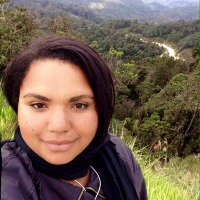 Natasha Emeck is a journalist with a nose for news and a passion for community storytelling based in Darwin. She is currently a political reporter for the NT News. Find her on Twitter @tashemeck.

FOUR men are dead and a woman is being treated for gunshot wounds to her legs this morning after the worst mass killing in the Northern Territory in 30 years.

Granny caught strapped with $230,000 worth of meth

A grandmother caught with more than $230,000 worth of meth strapped to her body planned to spend her drug money holidaying in the Philippines, a court has heard

‘She was covered in blood’: Man jailed for bashing pregnant stranger

A DARWIN man who broke into a pregnant woman’s home at night and bashed her to a pulp has been sentenced to five years behind bars.

THE Australian Agricultural Company board accepted payrises of more than 25 per cent for themselves before sacking 200 abattoir workers in Darwin.

A DARWIN man who first hit his x-girlfriend with a tomahawk before burning her house to the ground while she was still inside during a meth-fuelled revenge rampage has been sentenced.

THE Gunner Government has been left in a state of disarray following Chief Minister Michael Gunner’s shocking decision to sack three ministers including the Minister for Aboriginal Affairs Ken Vowles for voicing their criticisms about the Government.

THE mourning mother of a baby who died in Palmerston has rejected claims that she neglected her six-month-old son.

A 25-YEAR-OLD man has been found dead and others injured after days of escalating unrest and fighting was brought to a head in the remote town camp of Ali Curung yesterday.

ANATOMICAL waste including breast, prostate and uterus tissue has been piling up in medical clinics around Darwin since RDH stopped some of their regular disposals

FARMERS and local business say the government’s impending backpacker tax is bad news for the Tablelands.

Tourist risks his life for a selfie with a saltie

AS the saying goes, you should never smile at a crocodile – but this European tourist clearly never got the memo

Dumped confidential scripts on public display at back of chemist

Man tells of tragedy as wife dies after rollover

A GRIEVING husband has told of the traumatic moment he woke up to find his wife on the brink of death after a horror crash in Central Australia.

A NASTY, racially charged note left in the mailbox of one of the Territory’s most prominent Aboriginal families has sparked outrage in the indigenous community.

MORE than 50 machetes and hunting knives – up to 18 inches (46cm) long – have been stolen during a brazen break in at a Berrimah camping store.

A MONSTER wave flipped and almost destroyed a tinny off the Darwin coast on Sunday, leaving three overboard fishos stranded in crocodile-infested waters for more than two hours

A CHOOK which will be exhibited at the Darwin Show — we’ve dubbed her Caitlyn Hen-ner — and lives in Fannie Bay near Dick Ward Drive, seems to be changing into a rooster. No yolk!

‘I was diagnosed with cancer at seven months pregnant’

DARWIN mum Fanny McKenzie was seven months into her first pregnancy when she realised something wasn’t quite right.

US plans to spend $400m on Top End military facilities

Rorkes says racism accusations made up by disgruntled staff

STATE Development Minister Cameron Dick has called for patience as the State Government prepares a $4.2 ­million detailed business case for the Nullinga Dam for ­release next year.

"Knifed victim lucky to be alive"

AN ATHERTON teen who was stabbed in the chest by a home intruder last week is expected to make a full recovery.

BERRY CONCERNED: Scammers are duping consumers by passing off their own fruit as local Tablelands produce. Dishonest vendors selling fruit out of their cars and on streets across Far North Queensland have been using the name of a prominent Tablelands producer, Shaylee Strawberries, to sell their strawberries.

THE Tolga community is reeling from the heartbreaking death of local farmer Alfonso Muoio who was swept away by floodwaters in Spring Creek on Wednesday.

CYCLONE Debbie barely gave the Tablelands a sprinkle when it was in the region, veering south with its destructive winds, drenching prize growing areas from the Burdekin to Mackay and causing widespread flooding as far south as northern NSW. Tablelands growers had hoped for more rain to fill Tinaroo Falls Dam before the wet season wound down.

TABLELANDS dairy farmers have called on Far North Queenslanders to buy local milk and help save the struggling industry.

"Energy hub a blow to locals"

RESIDENTS living near the proposed Kaban wind farm are up in arms about a new upsized proposal from the Frenchbased developer Neoen.

VICTORY in the Pacific may have been declared 72 years ago but for many veterans, World War II remains fresh in their minds.

MOUNTAIN bike stars kicked up clouds of dust along the bone-dry trails of Mount Baldy over the weekend in a battle to claim the title of King of the Mountain.