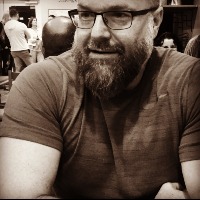 Mike Bracken is a freelance writer whose areas of expertise include video games and cinema.

On top of that, Mike appeared as The Horror Geek on Comedy Central's pop-culture quiz show Beat the Geeks and currently co-hosts the GameCritics.com podcast.

He is available for hire for staff and freelance opportunities. Contact him at [email protected]

ABC Inventory Management Can Save You Time and Resources | SkuVault

How to Motivate Your Employees to Sell More

It seems obvious, and like something that every sales department is already doing, but setting goals isn't just about the numbers. Yes, everyone has key figures they need to hit to determine the sales department's success rate. But managers need to create goals not only for the end result, but for all the steps along the way.

So, now that we know a bit about what solution sales is and how effective it can be, it's time to talk about the pros and cons. What?

1. Figure Out the Customer's Problem In the early days of solution selling, the sales person talked to a lead and tried to get them to share a potential problem or pain point they were struggling with. Then that sales person would work backwards.

Now that we have a sales enablement definition, an understanding of how it can benefit your company, and why a strategy is important, it's time to talk about the content you'll need to create. There's no one-size-fits-all answer when it comes to sales enablement assets, but at the macro level it probably resembles your content marketing initiatives in some key ways.

Now that we know how a DAM program works, here are just a few of the key benefits of implementing a digital asset management program: ● Organize all digital content in one conveniently accessible location ● Easily create and share assets with different teams in your company and outside users

Promote Ongoing Education Did you know that people forget over 80 percent of the things they learn in training classes within 90 days? That's why it's vitally important to promote ongoing training and education for your sales force. Yes, you already onboard your people. Yes, you already have your weekly and quarterly meetings.

What is Inside Sales?

And the answer is...it depends. Today, though, inside sales has closed the gap - and in some cases, pulled ahead. This is not to say that outside sales is dead, though.

J.J. Abrams and company are currently hard at work shooting Star Wars: Episode VII , and I'm really glad I'm not wearing his shoes. Sure, making a Star Wars film seems like a dream gig, and countless filmmakers from my generation grew up and entered the business thanks to Lucas' original trilogy.

We go backwards to go forwards, examining five classic Star Trek episodes that could be part of the new movie.

The Last Horror Blog: Get Ready for 'Halloween': The Complete Collection by Watching Michael...

The Halloween Complete Collection boxset is coming -- and here are ten of Michael Myers' greatest kills to get you ready for the greatest month of the year.

Coolest Movie Sets Ever: Jabba the Hutt's Sail Barge from 'Return of the Jedi'

Get a look at the massive Jabba the Hutt sail barge set from Return of the Jedi in this installment of Coolest Movie Sets Ever.

Robert Rodriguez is turning to the Internet for ideas for outrageous weapons for his new short film. Here are five ideas to kick your imagination into overdrive.

There Can Be Only One? Six Actors We'd Like to See Headline the 'Highlander' Reboot

I suggest six actors for the role of Connor MacLeod in the upcoming Highlander reboot.

The Legend of Zelda: A Link Between Worlds

Is Link's latest adventure on the Nintendo 3DS a worthy successor to classic Zelda games? Check out my review.

A look at how the Double Fine Kickstarter campaign could change video game funding.

How Amnesia: The Dark Descent creates fear without resorting to standard game tropes

Reminiscing about the the pricey Steel Battalion controller.