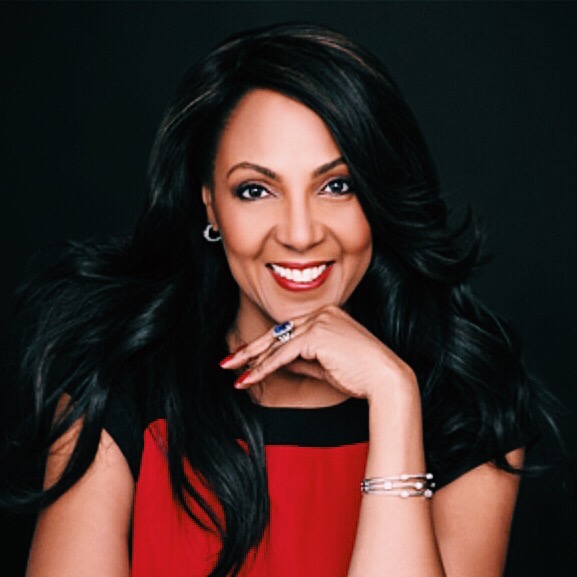 Ms. Bernard is the author of numerous opinion editorials that have appeared in various publications. Also, she is the author of “Naming the Sin: Are Churches Helping to Stop Domestic Violence or Enabling It,” Sojourner’s (December 2013), Moving America Toward Justice: The Lawyers’ Committee for Civil Rights Under Law, 1963-2013 (2013), Women’s Progress: How Women Are Wealthier, Healthier and More Independent Than Ever Before (2007) and "November 4, 2008: An Ode to Black America," published in "The State of Black America 2009: Message to the President" (The National Urban League 2009), and "Powerful Beyond Measure," published in "Secrets of Powerful Women: Leading Change for a New Generation" (Lifetime Entertainment Services 2010).

In March 2016, she was awarded a distinguished alumni achievement award from Howard University for outstanding post-graduate achievement in the fields of media, journalism and public policy. In 2015, Bernard was awarded the Anvil of Freedom Award for journalism and democracy by the University of Denver’s Edward W. and Charlotte A. Estlow International Center for Journalism and New Media. Later that year, the Carrie Chapman Catt Center for Women and Politics at Iowa State University announced that Ms. Bernard was being honored on the University’s Plaza of Heroines.

Ms. Bernard holds a Bachelor of Arts degree in philosophy and political science from Howard University and a Juris Doctor degree from The Georgetown University Law Center.

Moving America Toward Justice: The Lawyers' Committee for Civil Rights Under Law 1963-2013

An Ode to Black America

Women's Progress: How Women Are Wealthier, Healthier, and More Independent than Ever Before

If Donald Trump carries out his threat to pardon Arizona's ex-Sheriff Joseph Arpaio, he will be granting the fantasy of every wannabe law enforcement officer, rogue police officer, Nazi sympathizer, Klansman, alt-right and white-supremacist ideologue in the nation: an American police state comprising self-declared Aryan peoples.

MIA: The Black Men Who Ought to Have Shown Up for Donna Edwards

Opinion: Why Are We Arresting Mothers for 'Stealing' a Public Education?

In the 21st century, however, moving kids to the school next door has suddenly become a crime, and an increasing number of parents — often poor, minority, and female — are being arrested and convicted for lying about their address in hopes of rescuing their little ones from dangerous and under-performing schools. In numerous cases, mothers have actually been thrown behind bars for “stealing” an education. And it’s happening more often than you might think.

Today is Monday, April 13, 2015. Unlike any other humdrum, "I wish every week were a three-day holiday" Monday, this Monday might be forever remembered as one of the most politically and culturally important days in the history of the United States. As a result of the U.S. Senate's pandering...

With Women In Combat, Will Military Finally Address Epidemic of Sexual Assault?

The irony is that while Defense is ready to allow women to serve in combat roles, the Air Force (and probably other branches of the military) is still struggling with how to protect the women and men in its ranks from sexual assault by their peers and commanders during basic training. Rape and sexual assault should not be “incidental” to military service.

I have now experienced my first and only girl crush. The object of my affection is Dido Elizabeth Belle, whose life has been brought to screen by Amma Asante, the director of the film Belle.

Michelle Obama and the broadsides on the black woman's backside

Krissah Thompson's story, " Michelle Obama's Posterior Again the Subject of Public Rant " got me thinking about somatic norm image - in other words, how cultures define beauty - and about my days as an undergraduate at Howard University, one of the nation's premier historically black universities.

A few weeks after the 2009 Grammys, photos released of R&B soul singer Rihanna's face after her then-boyfriend Chris Brown had assaulted her were explanation enough as to why she had not appeared at the Grammys just a few weeks earlier. She had been brutally assaulted by Brown.

The GOP's savior will be a woman

Tuesday's Republican response to the President's State of the Union Address was proof positive that today's Republican Party is in purgatory. Yes, I said it. The party of Lincoln and Douglass is in a place that may, or may not be, temporary punishment for its sins.

Did Oscar 'Blade Runner' Pistorius murder his girlfriend on V-Day?

If, as I do, you love track and field, you know who Oscar Pistorius is. If you are someone who is moved by stories of individuals who triumph over adversity, you no doubt know the story of Oscar Pistorius.

Betty Friedan and black women: Is it time for a second look?

Betty Friedan's "The Feminine Mystique" turned 50 this week. At the time of its publication, "Singletons" (circa 1963 defined as an unmarried woman) did not have a legal right to birth control. Married women did not have equal access to credit. In some states, married women could not get a job without the permission of their husbands.

A bone to pick with the Oscars

Oscar night is upon us. I am usually asleep by the time the best actor, actress and picture of the year are announced, but it is, nevertheless, one of my favorite evenings of the year. In fact, every year, I do my best to see every movie nominated for an Oscar before the program airs.

Racial justice in America is disintegrating at warp speed. On matters of race, the ugly America of yesteryear - segregationist George Wallace's America - is still with us. We must stanch its revival before it spreads and, like locusts, blankets our country with anti-black sentiments. The U.S.

The All-Woman Jury Finds George Zimmerman Not Guilty: Will There Ever Be Justice for Young Men?

Now that the jury in the Zimmerman trial has reached its verdict, finding George Zimmerman not guilty of second degree murder or manslaughter in the shooting death of Trayvon Martin, the mothers and fathers of African American boys have no choice but to ask whether there will ever be justice for our sons.

The blood of the island nation Jamaica runs through my veins. Love for the United States of America and her promise of freedom and justice for all runs through my heart and soul.

Shortly after the start of the U.S.-led invasion of Iraq, I had the privilege of escorting a delegation of Iraqi women to Capitol Hill to meet with a few members of Congress.

An Open Letter to Chris Powell From a Single Mother

Are churches helping to stop domestic violence-or enabling it?

The State of the Teachers' Union

I must confess -- I look forward to the State of the Union every year, no matter who the president is. Sure, it's a long speech with staged pauses so approximately half of Congress can stand and applaud, giving us a visual reminder of just how divided this country is.

I am a Christian. I believe that America is the greatest nation on earth. I also believe that the much-ballyhooed fight to preserve the socially conservative notion of "traditional American family values" is nothing more than an attempt to go back in time to an era where white males dictated culturally, legally, and politically, virtually all aspects of how Americans lived their lives.

This should also remind us that there is no daylight between "issues" and "women's issues." With the state's finances at risk, so were family budgets across the state. That threatened women as workers and women as mothers. That's why women numbered among Walker's prominent backers.

Michelle D. Bernard is the president and CEO of the Bernard Center for Women, Politics & Public Policy and an MSNBC political analyst. Remember those commercials in which people would be blindfolded and asked to try a product and then say which one they thought tasted the best?

Regarding Kristin Wartman's August 1st column, " Food Industry Would Prefer to Regulate Itself," Ms. Wartman casts the food and advertising industry as the callous, corporate villain for a problem that, in truth, is really about personal responsibility and access to healthy and affordable foods.

LETTER TO THE EDITOR: Food ban would be costly, absurd

I am in total agreement with Beth Johnson's Aug. 8 Commentary column, "Enough to make you lose your appetite." Proposed restrictions on food marketing, designed by a government interagency working group, have little, if any, rationale considering the food they would end up targeting.

Healthy food is hard to find in Barry Farms

Katherine Mangu-Ward made several valid points in her Oct. 16 Outlook piece, "5 Myths about healthy eating." However, the notion that poor families lack access to nutritious foods is not the stretch she makes it out to be. Take, for example, Barry Farms, in the District's Ward 8.

A recent column by Huffington Post contributor Donald Cohen would lead readers to believe that the food industry -- and anyone else who disagrees with the government's proposed guidelines on the marketing of food to children -- simply doesn't care about our nation's childhood obesity epidemic.

A Question of Smart Government and the Interagency Working Group on Food Marketed to Children: ...

Barack Obama Should Put Empowerment on His Economic Agenda

Barack Obama has embarked upon a historic presidency. His first priority is the economy, and particularly creating millions of jobs. But he should link empowerment to employment. Success would provide him with a critical substantive legacy to add to his already dramatic achievement. The U.S.

At an address before the Independent Women's Forum in 2006, Condoleezza Rice made a spine-tingling statement: "[T]he fact is that our Founding Fathers, trying to create a perfect union of 'We the People,' couldn't quite find a way to deal with slavery. So instead, they left my ancestors to be three-fifths of a man.

When Parents Are Arrested for 'Stealing' a Public Education