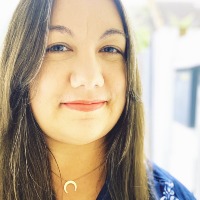 Megan Eaves is a freelance journalist, editor, content pro, comms manager and dark-sky advocate. She formerly served as Lonely Planet's North and Central Asia Destination Editor and is now the editor of Nightscape (the magazine of the International Dark-Sky Association) and Visit Uzbekistan Magazine.

Her work appears in the BBC, The Times, The Independent, Lonely Planet, CNN, Thrillist, Culture Trip, the South China Morning Post, TimeOut, Travel Weekly, Horizon Guides and numerous others. She has written Lonely Planet guidebooks to China, South Korea, Tibet and London and edited dozens more, as well as DK guides to China, Shanghai and Beijing and the Insider's Guide to El Paso. She has a strong regional specialisation in China, Central Asia, the former Soviet Union and the Southwest USA, and also regularly covers astronomy, dark skies, space, conservation, sustainability, the environment, the outdoors and beer.

"They are moving at Crossing Six! Hang on!" William shouts. He shunts the radio back into its receiver and revs the engine of our open-air safari 4x4. Uh oh , I think, glancing down at the metal cup in my hands.

Georgia on my mind: snow, saperavi and solidarity in the Caucasus

At the top of Mount Kokhta, there is silence. The quiet is broken by a sharp, frigid breeze, but otherwise, the stillness is absolute. I stare across a valley ringed by snow-topped mountains. Spruce forests rise partway up, leaving the peaks frosted like cakes. Then, in a sudden rush, I'm off.

The world's first and most secretive space base, Baikonur Cosmodrome, sits in the middle of a vast Central Asian desert, 2,600km south-east of Moscow and 1,300km from Kazakhstan's two main cities, Nur-Sultan and Almaty. It was from this remote part of the western steppe in 1957 that the Soviet Union successfully launched the first artificial satellite - Sputnik 1 - into orbit around Earth.

Uzbekistan is a beguiling mix of cultures, landscapes and architecture. Here's our guide to what to do, where to stay and why you'll love it.

Anji in Zhejiang province, in whose bamboo groves Crouching Tiger, Hidden Dragon was filmed, was the small town that led Megan Eaves to fall in love with China when she taught English there in 2006, she recalls.

How I decolonised my trip to New Mexico

The sun daubs the sky hot pink and orange over a row of small, undulating mountains, a few puffy white clouds reflecting the palette like a perfect desert painting. Between me and the hills are wide-open pastures of grama grass and chamisa bushes tinted green from recent rain, spindly-armed cholla cactus and fat juniper trees, their 400-year-old branches turning inky in the fading southwest light.

The UK is a honeypot of dark-sky areas - but Exmoor is its oldest reserve and best-kept starry secret, says Megan Eaves. Standing on open heath with a bowl of starry constellations above and the sound of nightjars calling across the moor, you could be in 2021 or 1821.

Best things to do in China - Lonely Planet

One of the world's most vast and ancient civilizations, China is not just one region, cuisine or culture. It's a giant and complex patchwork of cultural groups, histories, cuisines and languages. As you might expect, there's a lot to see.

How To Spend a Week Exploring Guizhou, China's Mountainous Outback

Located in China's far southwest, the mountainous Guizhou province is relatively small compared to other Chinese provinces. It's also less popular with visitors, but no less worth visiting. With its wealth of cultural traditions, natural sights and local customs, there's plenty to do here and good reasons to make the extra effort to reach this relatively out-of-the-way destination.

China can seem like an intimidating place, due to its huge size and the language barrier that most travellers face. However, first-time visitors needn't worry: this is a country of incredibly friendly and curious people eager to help.