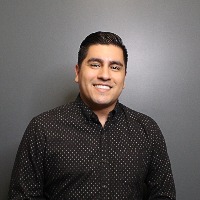 SCV native earns his spot in the NHL

The Santa Clarita Valley isn't exactly known as being a hotbed for ice hockey. In fact, you could apply that to California as a state. Yet Kevan Miller found a way to make it work. The 26-year-old Canyon Country native discovered his love of the game while playing roller hockey in the streets with his brothers Kyle and Cooper.

The most entertaining rides come when the best riders are matched up with the best stock. Rodeo fans got to see both in Thursday's bull riding competition. Shane Proctor, who won the 2011 bull riding championship in his first National Finals Rodeo appearance, sat atop a bull raised by Bennie Beutler.

JetHawks playing with lots of talent

About 40 miles up the 14 freeway from the Santa Clarita Valley, roughly the same distance to Dodger Stadium, sits the Lancaster JetHawks' home field, The Hangar. In their sixth year as the Class-A Advanced affiliate for the Houston Astros, the JetHawks have also been affiliated with the Seattle Mariners (1996-2000), Arizona Diamondbacks (2001-2006) and the Boston Red Sox (2007-2008).

Marquis Jackson's journey with football has already brought him plenty of ups and downs. He experienced the high of being signed by the Minnesota Vikings as an undrafted free agent as well as the low of being cut from the team during training camp.

Hart's More than an Athlete: The Lonsinger Bros.

Frank and Jesse Lonsinger had been looking for a trip to take for a while. Peru, the Dominican Republic, Guatemala and some other places were all possible destinations. After some deliberation they finally settled on Haiti. But this wasn't a vacation the twins and recent graduates from Hart High were planning.

Dorados get 42 points in first quarter, cruise to win

Top seed Canyon del Oro served notice to the rest of the Class 4A Division I state playoff teams Friday night with a 56-35 win over visiting Peoria Sunrise Mountain. The win was CDO's 25th in a row. The final score gave little indication of how the game really went.

Even on the practice green, Nikko and Kirsti Grau keep the competition level high. As Kirsti leaves one putt a couple of inches short, Nikko is quick to let her hear about it. "You think they're competitive?" said their father, Jose Grau.

Two different mind-sets, but the same approach. That's how The Master's College pitcher Tommy Kister viewed his transition from closer to starter this season. With the Mustangs coming off their most successful season in program history with a school-record 44 wins and the Golden State Athletic Conference regular season and tournament championships, head coach Monte Brooks knew there would be some big shoes to fill after losing GSAC Pitcher of the Year A.J.

Every time Harrison Collins steps onto the tennis court, his mind kicks into overdrive. Not surprising for a guy who plans to be an astrophysicist, calls himself a romanticist and personally identifies with Victor Frankenstein from Mary Shelly's classic novel "Frankenstein." "I'm a little bit different from most people in a few ways," Collins says.

It started in 1971. Stuart Thompson, then just 6 years old, sat watching the Miami Dolphins play and something happened. "I watched as Larry Csnoka ran down the field with 10 guys on his back," Thompson says. "Alright, it might have been only one or two but watching him run was incredible.