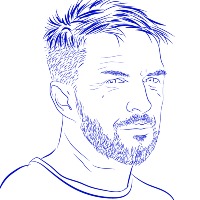 22 years as a freelance photojournalist on assignments in 60+ countries for 100+ publications.
7 books & 750+ full-length features published.

In 1992 Mark Eveleigh spent six hours reviewing his life while swinging from the end of a fraying cable in the world’s highest cable-car, in Venezuela. The psychological shock of this experience was enough to send him plummeting down the slippery slope into the shadowy world of freelance travel journalism.
Mark led the first expedition by foreigners into Central Borneo’s ‘valley of the spirit world,’ (researching his book Fever Trees of Borneo) and has since returned to those unexplored valleys on several occasions. He grew up in Africa, and returned in 1999 to trek through northern Madagascar with a zebu pack-bull. The full story was told in Maverick in Madagascar (published by National Geographic).
Undercover assignments have taken him from Zimbabwean farms to Bolivian prisons, but charging elephants and a randy Peruvian llama taught him the real importance of journalistic footwork.

A feature on Bangkok streetfood - both high-profile and extremely local

On the Outside, Looking In

The strange unhappy times of the Kuria people of the Serengeti

On the trail of the great migration

Adeng adeng is a traditional Balinese mantra meaning "slowly, slowly". It's a phrase you don't often hear these days among the traffic jams and sunbed logjams of Bali's booming tourism centres. People say that Bali is spoiled and for years the search has been on for a "new Bali".

Kata Kolok, literally meaning ‘deaf talk’ in Indonesian, is a unique sign language that’s the primary means of communication for just 44 people on the entire planet.