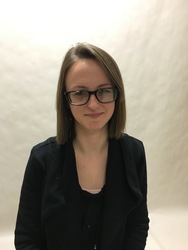 A 29-year-old award-winning journalist who spent several years in the field before joining Goddard Systems, Inc. (GSI), franchisor of The Goddard School, as the company’s media relations specialist. Before joining GSI, she worked as an investigative reporter for Burlington County Times, a GateHouse Media newspaper.

New Jersey;s self-defense law protects those defending their home has limitations. Key among them is how much force can be used in self-defense against an intruder. There is no easy answer.

Redevelopment hopes are being rekindled in Pemberton Township and Wrightstown, two communities where officials have long had plans to turn large parcels into vibrant centers with homes, stores and restaurants. In Pemberton Township, officials dream of a bustling Browns Mills, lined with stores, restaurants, apartments and townhouses.

JOINT BASE McGUIRE-DIX-LAKEHURST - Military records show that tens of millions of gallons of water from two contaminated wells on the joint base were used to supply drinking water to base workers and residents over the past decade, despite base officials stating that the wells were used only to back up the main well.

Stephan Thompson let the crystal-clear water from his kitchen tap run until it was icy cold and then filled his glass nearly to the brim. The Pemberton Township man was unswayed by the possibility that his drinking water could contain an unregulated chemical found in firefighting foam that's been used on nearby Joint Base McGuire-Dix-Lakehurst for decades.

WRIGHTSTOWN - It's 10 on Monday morning and the veterans have arrived at the Garden State Diner. From the outside, the diner looks like the scores of others across New Jersey, but on Mondays this one is special.

PTSD is a battle for veterans' spouses, too

The waterfall trickles into the koi pond that drowns out the noise of passing cars. A pergola sits above the peaceful pond, which is nestled in the corner of a shrub-filled backyard. Inside the house, the walls are covered with hand-painted vines and family photos.

A farm boy at heart

MOUNT LAUREL — The Ramblewood section of town was a developer’s vision-turned-reality, space for thousands of singlefamily homes, apartments and townhouses, with plenty of room left over for a nine-hole golf course in the middle of an emerging suburb.

WASHINGTON TWP. -- Tucked away on Egg Harbor Road -- a well-traveled road in Washington Township -- sits a 19th century railroad station that sold its last tickets in Blackwood in 1975, when the once-popular travel method began to die down.

Fruits of their labor paying off at Washington Township community garden

WASHINGTON TWP. -- Andrew Gerber carefully weaved the vibrant green tomato vine up the trellis he installed when the community garden opened in May. The variety: Sweet 100 cherry tomatoes. Each of the small, round and delicate cherry tomatoes are filled with flavor that can't match pre-packaged tomatoes bought in a grocery store, he said, calling it "a tried and true cherry tomato."

'The Bull' inducted into All Sports Hall of Fame in Bridgeton

Thirty-two years since he retired from professional baseball and the former Philadelphia Phillies left fielder Greg Luzinski hasn't lost the stature that got him his nickname, "The Bull." Nor has he lost the love for a game he knew like the back of his hand.

If you wanted to spend a Saturday "geeking out," the fourth annual South Jersey Geek Fest in Woodbury was a hot spot for all things science-fiction, classic video games and old-school comic books alike. It might not be as big as the mother of all conventions, Comic-Con, but it attracted plenty of people to the Woodbury Community Center.

It was an ordinary Sabbath ceremony for more than 20 members of the Chabad of Gloucester County in Mullica Hill on Saturday. As they performed the ceremonial kiss of the Torah before it was put away, it solidified the religious parchment scroll's new home.

'Barbecue is in my blood,' says chef who opens food stand at Washington Lake Park

WASHINGTON TWP. -- For longtime Washington Township resident Randy Williams, Southern Comfort BBQ is more than the newly opened concession stand at Washington Lake Park - he's sharing a piece of his roots through smoking dry rubbed meats. "Barbeque is in my blood I guess," said Williams, who was born in Texas and grew up in Huntsville, Alabama.

Unforgotten Haven goes from helping one homeless family to countless others

GLOUCESTER TWP. - It went from a heartfelt gesture of aiding one homeless family to snowballing into a nonprofit that's potentially aiding thousands, even if it's by making peanut butter and jelly sandwiches.

Why local businesses are struggling to survive in Washington Township

Situated in the middle of two arterial highways - Routes 55 and 42 -- Washington Township's roughly 1,800 businesses might seemed positioned for success as the roadways drive more foot traffic to buy "local," but some say economic factors are weighing down profitability.

It was a day filled with pampering - haircuts, buzz cuts, facials and manicures. But the 10th annual Style-A-Thon, hosted at Gloucester County Institute of Technology on Saturday, was more than an affordable day of relaxation. It brought the community and students together to raise money for City of Hope in Philadelphia to help find a cure for cancer.

CALN - Coatesville Area School District solicitor James Ellison, an independent contractor, requested a school district-issued iPad from former superintendent Richard Como via email in 2011. On May 11, 2011, Ellison requested via email an iPad 2 from Como. Ellison's request to Como says: "Hey, Rich, as your solicitor, I think I need an I-pad 2!

By Kristina Scala, Daily Local News POSTED: 11/13/14, 8:25 PM EST 2 COMMENTS It’s hard for many to imagine, looking at the photos of an innocent Scotty McMillan, that the red-haired, blue-eyed toddler would in his short life become the subject of a horrific news story that has captured the attention of people around the world.

District -- or somebody -- owes money for Coatesville football rings

By Kristina Scala, Delaware County Daily Times POSTED: 06/20/15, 10:27 PM EDT Delaware County lawmakers are expecting budget negotiations to extend past the deadline at the end of June — and some continue to point fingers at their political counterparts by claiming the vote that rejected Gov. Tom Wolf’s tax plan a few weeks ago was an orchestrated political tactic.

Some airport neighbors in Tinicum still unhappy about expansion deal

By Kristina Scala, Delaware County Daily Times POSTED: 05/03/15, 10:54 PM EDT TINICUM >> As officials celebrate a multi-million tax gain in Philadelphia International Airport’s expansion plan, Tinicum residents living in dozens of homes at the cusp of the transportation hub’s border felt they were left in the dark when a the deal was signed a few weeks ago.

Dinniman: DEP recycling rules were not bent for Coatesville alone

By KRISTINA SCALA, Daily Local News POSTED: 10/11/14, 6:37 PM EDT West Chester >> State Sen. Andy Dinniman confirms the initial agreement with the Department of Environmental Protection to aid Coatesville with its recycling grant will proceed and recent comments from DEP representatives are “completely reversing course and implying that the rules were bended for Coatesville.”

By KRISTINA SCALA, Daily Local News POSTED: 08/22/14, 6:16 PM ED West Chester >> A leading Chester County Democrat and supporters of former party chair are calling for the resignation of their current chairman who recently received a second citation for public urination.

By KRISTINA SCALA, Daily Local News POSTED: 08/20/14, 1:55 PM EDT | UPDATED: ON 08/21/2014 Coatesville >> In many cultures, the rose is a symbol of love and beauty commonly given to loved ones on special occasions. For the DePedros, owners of Coatesville Flower Shop, a dozen roses per customer every year is a way to memorialize the love their daughter had for life.

By KRISTINA SCALA, Daily Local News POSTED: 08/06/14, 2:31 PM EDT | UPDATED: ON 08/07/2014 Caln >> Coatesville area school board president Neil Campbell resubmitted his statement of financial interest with the school district for 2013 after it was deemed misplaced.