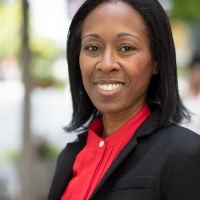 With more than 17 years of experience, I have a unique and diverse background in communications and public relations.

I have worked as a local news producer at two Emmy award-winning TV stations where I wrote and oversaw live newscasts.

I have served as spokesperson for the Georgia Department of Corrections, the largest state agency in the state and one of the largest prison systems in the U.S.

Additionally, I worked at the American Red Cross, the largest humanitarian organization in the world, as external communications manager overseeing public and media relations for several states.

I also have agency experience working at Edelman, the largest public relations agency, as an account supervisor.

The Phenix City-Russell County Public Library hosted the "Gift of Life" blood drive, calling it an opportunity during the Christmas season to give the gift of saving a life A combination of punishing winter weather and virulent flu season has resulted in a 'critical' shortage of donated blood, the Red Cross said Tuesday morning.

Anyone wanting to schedule a blood donation appointment at the American Red Cross donor center in Macon better hurry. On June 19, the organization plans to close the donor center on Bloomfield Road near the Olive Garden restaurant. A man in his late 50s, who has been donating 37 years, said he received an email announcing the closure.

The Biloxi Shuckers and Birmingham Barons are taking their rivalry off the field for the first time and competing to help save lives with the American Red Cross. Donors are invited to help the Barons collect more blood than the Shuckers by donating Tuesday, June 27 from 1 to 8 p.m.

The community is invited to help hospital patients in need and celebrate the Atlanta Braves inaugural season at SunTrust Park. The Braves All-American blood drive will be held three days in June with the American Red Cross and co-sponsors 680 The Fan, WSB-TV and News Radio 106.7.