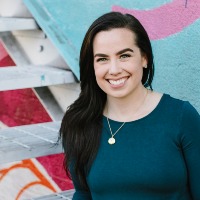 'I'm standing with you': Tacoma mayor backs effort to save Holy Rosary church from demolition

"The entire city is standing with you." That was Tacoma Mayor Victoria Woodards' message to community members and parishioners last week fighting to save Our Lady of the Holy Rosary Catholic church. Last month, the Archdiocese of Seattle announced the nearly 100-year-old church on S. 30th St.

CLOSE SEATTLE - A man is suing Seattle Mayor Ed Murray, accusing him of child sexual assault over several years in the 1980s, according to a lawsuit filed Thursday. The 46-year-old Kent man filed the lawsuit in King County Superior Court claiming Murray "raped and molested him." "D.H."

Richard Russell stole an empty plane from Sea-Tac Airport before crashing on Pierce County's Ketron Island. Russell was an employee of Horizon Air and had a security clearance. Officials do not believe he had a pilot's license. The plane was in the air for more than an hour before crashing.

TACOMA, Wash. - Tacoma City Council is asking the public's input on proposed changes to the city's recycling program, including eliminating curbside pickup. The proposed changes come after a Chinese ban on imports of most recyclable plastics. China's decision to stop accepting plastic waste from other countries is causing plastic to pile up around the globe.

CLOSE SEATTLE - Video surveillance of the 2014 shooting at Seattle Pacific University shows a male student pepper spraying the shooter, seizing the shooter's shotgun and then detaining him until another person arrived to help. The King County Prosecutor's Office on Tuesday released 18 DVDs of surveillance video captured on June 5, 2014, and prior days.

SEATTLE - The mayor of Seattle announced Tuesday that he will not run for re-election in the wake of a sex-abuse scandal. Mayor Ed Murray, a Democrat, once considered a strong favorite to win a second term, saw his political fortunes weakened after a man filed a civil lawsuit last month alleging Murray abused him sexually in the 1980s.

How gastric bypass can give patients a second chance

Over 93 million adults in the United States are obese. It's the second leading cause of preventable death in the country. Chris Zito was one of those Americans. Like so many others, diets and exercise didn't work for the over 400-pound, 41-year-old TV producer. Nothing kept him motivated.

It's hard to imagine: In 2018 more American moms are dying after childbirth than ever before. Each day approximately 137 women suffer life-threatening complications from childbirth according to the Center for Disease Control and Prevention. That's one mother every 10 minutes. The most tragic part? The vast majority of these deaths are preventable .

Race & Parenting: How we talk to our kids about race, racism and identity

We're starting a new series called: Race and Parenting. We wanted to start a dialogue among parents in the community from different ethnic and racial backgrounds, about how they talk to their kids about race, racism and their identity. >>WATCH | Race & Parenting: Introduction A recent story Jenna Hanchard reported on served as the springboard to this larger conversation.