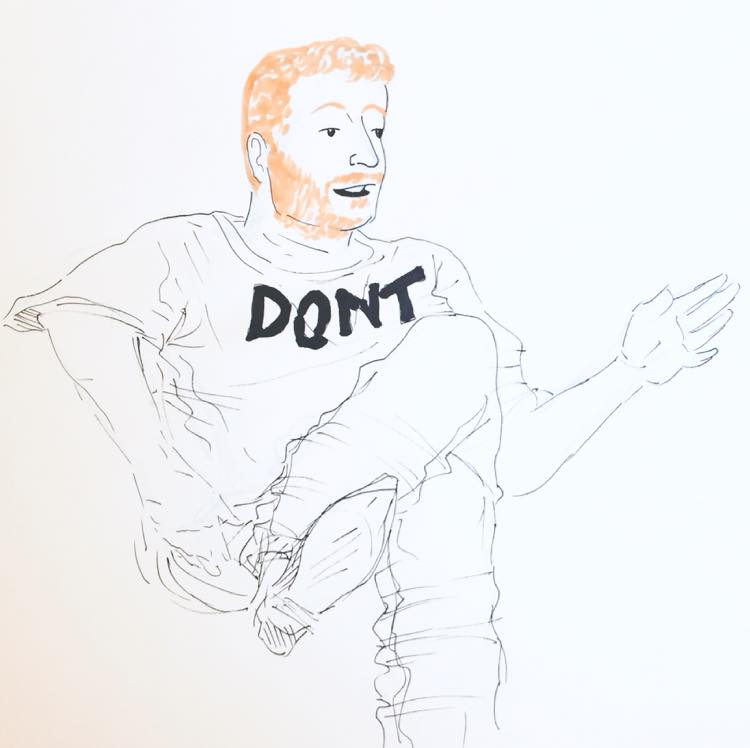 Karl Saint Lucy is a journalist in the arts and entertainment, LGBTQ+, and mental health spaces. He is published in Grindr's digital queer magazine, INTO; and Metro US, the largest free daily circulation newspaper in the U.S.

A musician by training, he sold one of his musicals, F**king Identical Twins, to 20th Century Fox in 2016; and he was a finalist for the Grammy Award-winning men's vocal ensemble, Chanticleer, in 2017.

In anticipation of Miss You Like Hell’s cast album release, INTO sat down with McKeown to reflect on the joys and challenges of telling socially relevant stories on the musical theater stage.

INTO spoke to Michelle Memran about her relationship with Maria Irene Fornes and what all aging queer people have to learn from the creative collaboration carried out by the two of them.

Head Over Heels is exactly what it sets out to be: a silly, queer romp with gender-bending reversals and a thrown-together ending that ties up all its loose ends too neatly; a recapitulation of the endlessly reusable musical theater trope of “tradition vs. change;” a jukebox musical with tunes by an all-female band, performed by an all-female band, in a time when women’s agency over their own bodies is up for debate; a star vehicle for the first transgender actress to create a leading role on...

Ty Defoe shares the stage nightly with Kate Bornstein in Straight White Men on Broadway. Originally from northern Wisconsin, the performer is a member of the Oneida and Ojibwe nations, of the Eagle Clan, and a descendant of Chief Buffalo, who also identifies as two-spirit.

Cole Escola is a Character

INTO scooped Escola from a shoot for Amy Sedaris’ show on truTV to reflect on his near-decade of comedy in New York.

Jordan Harrison’s Log Cabin, directed by Pam MacKinnon and running at Playwrights Horizons through this Sunday, is a toothless commentary on contemporary homonormativity that recapitulates its characters’ regressive politics even as it attempts, unsuccessfully, to point them toward a more enlightened future.

What to expect as Shakespeare in the Park takes on Othello

Chukwudi Iwuji and Corey Stoll are veterans of Shakespeare, the Public Theater and Central Park's summer series Shakespeare in the Park. But both men are new to their roles in Othello, directed by Ruben Santiago-Hudson for this summer's production at Central Park's Delacorte Theater-Iwuji as the Moorish Venetian general, Othello; Stoll as his duplicitous ensign, Iago.

Justin Vivian Bond: 'Now’s The Time, More Than Ever, To Let Your Freak Flag Fly'

The inimitable Mx. Justin Vivian Bond, perhaps best known for their role as Kiki Durane in the comedy duo Kiki & Herb (with co-star Kenny Mellman), comes to Joe’s Pub this September for A Star Is Borned: The Adventures of Chipra. Bond is also recognizable from Shortbus, High Maintenance, Difficult People, and countless other roles on TV and film. Their memoir, Tango: My Childhood, Backwards and in High Heels, won a Lambda Literary Award in 2011. INTO sat down with Viv for a peek into the...

Who is ‘The Boys in the Band' For Now?

The people leading Broadway institutions, and the firms that market their engagements, are comfortable with excluding bodies of difference and dissent. If our choice, as queer people, is to either pay rent or see the same old stories reprised year after year, I know where my money’s going.

'A Letter to Harvey Milk:' A Gay, Jewish Musical for Girls and Goys

Off the bat, audiences understand that A Letter to Harvey Milk intends to dialogue not just on the intersections of Jewish and queer history, but on the urgency and potency of theatergoing itself. It’s a love letter to musical theater, the inevitable spiritual child of both Yiddish and queer culture, two cultures rooted in the remaking of cultural artifacts and language in their own image. Which is to say, it’s smart as hell.