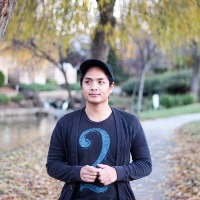 The Dual Meaning of Coco's "Remember Me"

Pixar's Coco wowed audiences and critics after its release in late 2017, bringing a charming story to the screen while also paying homage to Mexican culture through its characters and themes. Coco went on to win the Academy Award for Best Animated Film and Best Original Song with "Remember Me", which in my opinion captures the spirit of the film.

Classic film review for the film The Godfather

Classic film review for the film His Girl Friday

Jotaro and friends take to the sea as they continue their quest to find DIO! The story in volume 2 picks up right where volume 1 ended. The brash teen Jotaro Joestar is traveling across the world to stop the menacing Dio before his mother Holly perishes from the strain of her newfound Stand.