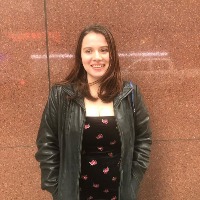 While I enjoyed my time at The Tempest, an issue for me (which I brought up at times) was the unpaid labor aspect of it. It's a lot to write three to four articles per week if you have a lot on your plate – which, for me, included an (unpaid) internship at The Mighty, an active autoimmune disease, and being a full time student. In journalism in general, I feel that it's accepted to work "for exposure" rather than to be paid for your work, so I think it's a broken system – not something unique that The Tempest is doing.

Despite this, I still enjoyed this opportunity. I had the privilege to get more clips from a successful website and had the flexibility to write about what I wanted – which included topics that may not be the most mainstream. I was promoted to a staff writer at the end of my fellowship, which is paid (albeit $10 an article).

Congresswoman Alexandria Ocasio-Cortez will pay her interns. This is sadly uncommon.

This was the last article I wrote during my fellowship – and I chose to write it on this topic out of frustration that the fellowship was unpaid.

Eating disorders are a serious issue, and it's terrible to constantly see how poorly the media covers them. I pointed out specific areas in which the media can do a better job.

I was annoyed when I heard Jude Law's comments about how he thinks its a shame that his film with Woody Allen got shelved. So, I decided to write about it.

Embracing my curves was necessary after years of being slut-shamed

I have been and continued to be slut-shammed throughout most of my life. I chose to write this piece as part of taking the power back from people who try to shame me for how I look.

I wanted to explore my relationship with my dad, so that's why I chose to write this article.

Inside the organization working to silence pro-Palestinian Jews

This is an issue that hits very much close to home. My fear of being doxxed definitely impacted how public I made my pro-Palestinian advocacy while I was at McGill. I interviewed people who were doxxed on Canary Mission and explored the troublesome aspects of that site/group as part of this reported piece.

In high school, after the Sandy Hook shooting, one of my biggest fears was that my school would be next. I was not alone, and some people are looking for solutions for safety (unfortunately this does not include gun control measures). Facial recognition isn't the answer and has very racist implications.

How I practice self-care as someone who is mostly bedridden

I wrote this piece during a rough autoimmune disease flare. I was feeling extremely down and had to think of ways to take care of myself. From there, this piece was born.

During my fellowship, I was first assigned to the Tech + Money vertical. I'm not really a tech-y person, so I wasn't sure what to write. I do care a lot about social justice issues and have felt unsafe on social media as someone who is Jewish at times (thanks to Nazis on Twitter), so that's why I chose to write this piece.

My professor forced himself on me. Here's why I didn't report him.

I wrote this article as a personal response on the #WhyIDidntReport hashtag that went viral during Brett Kavanaugh's US Supreme Court confirmation hearings. My last university actually threatened to sue The Tempest over this, but I had evidence to back up what I said.