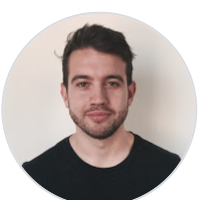 I got into journalism as a student by joining the founding team of The Tab at Cambridge University. From 2011 to 2015 I was a staff writer on the London Evening Standard.

I have written for The Guardian, The Times, The Daily Telegraph, The Independent Magazine, The Spectator, Newsweek and VICE.

I can be reached at joshiherrmann at gmail dot com

What took place in the minutes that followed led to the largest murder investigation in the history of the Metropolitan Police. It resulted in 20 teenagers being charged with murder, the most ever charged over a single killing in Britain.

An investigation by this newspaper has uncovered at least 21 Vietnamese children who have vanished from boarding schools and private colleges across Britain in the past four years. They are mostly girls with what is known as the “private school visa”.

One New York morning in 1992, the bankers on Chase Manhattan’s emerging markets desk were told by their boss, Jorge Jasson, that a new hire was joining the team. "This guy is good, he says, "off-the-charts good."

What happened to the East Berliners?

It was the news many in the West had been waiting decades to read. On Friday 10 November 1989, alongside a bleak picture of the Berlin Wall's barbed wire stretching into the mist, the Daily Telegraph's front page told the world: "The Iron Curtain is swept aside".

In early September, when it still felt like summer in Connecticut, and students were walking around Yale in shorts and sports club T-shirts, I was at a party in an oak-panelled living room shared by a few of the university's rowers.

Death of a twin

From the other side of the glacial valley of Yosemite National Park, the naked eye can't see the men and women on the sheer rock-face of El Capitan, so vast is it and so small are they. Move closer and they come into view, shimmying gracefully up the famous vertical formation of granite.

From the beginning, Dare showed a conviction for her new faith. “She was really young when she converted,” the friend told the Standard. “She was always very consistent about her religion. She didn’t go raving one week and then to the mosque the next week, like some girls.”

Moritz Erhardt's death shook the City. Did it change it?

A year on from the tragic death of Bank of America Merrill Lynch intern Moritz Erhardt, she had agreed to help me with my piece about how the banks are now treating their youngest charges.

I know of another incident, which may have echoes in other public schools across the country. And because a chain of emails exists that I have seen, it can be reported.

Scaring us about legal highs

The government wants to blanket-ban legal highs after an influential Christian think tank pushed shonky stats about their death toll. And the dramatic "97 deaths" figure has travelled well.