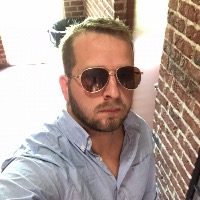 John Midkiff is a Marine Corps veteran. Serving multiple combat deployments to the Helmand province of Afghanistan and Kuwait, he spent 4 and half years with 1st Battalion 9th Marines as an Infantry Assaultman/0351. He graduated from Marshall University Bachelor’s degrees in Creative Writing and Literary studies. His writing focuses on the common human experience, ranging from coaching his 7-year-old daughter in gymnastics to the epidemic of veteran suicide, John’s work is shaped by his military background. He won Marshall University’s Maier Award in 2015 for his essay Vivere est Vincere and again in 2017 for his essay Handbook he recently placed second in the 2018 Maier award his essay Chopping Wood. His nonfiction has appeared in Adelaid Literary Magazine and Deadly Writers Patrol and Family Life publications. His fiction has recently appeared in the Blue Mountain Review. John is currently working on his first novel and graduated from the Etowah Valley MFA program.

A Journal of Culture Poetry, Literature, and the Arts from The Southern Collective Experience.

A Journal of Culture Poetry, Literature, and the Arts from The Southern Collective Experience