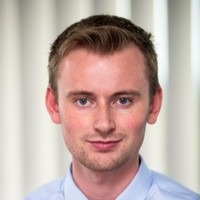 Hundreds of female genital mutilation cases referred to the Met without a single successful...

Just under 750 cases of female genital mutilation were referred to the Met Police over the last five years, though prosecutors are still yet to make a conviction. According to figures obtained by ITV News, 748 people have approached authorities with fears over victims or potential victims since 2013.

'There are still quotas': Noisettes singer Shingai Shoniwa opens up on breaking into the music...

As the Noisettes first toured the United States in search of stardom over a decade ago, on first appearances they baffled the watching crowds. On bass there was Shingai Shoniwa, the Zimbabwean-British frontwoman performing in bare foot. And on guitar there was Dan Smith, the floppy-haired gothic dressed in all black.

For many Jewish people, any mention of the Second World War would bring nothing but the pain of memories for relatives lost in the horrors of that conflict. But at the home of 96-year-old Alfred Huberman, the memories of that war are impossible to escape.

Our fire concerns were ignored because we are working class, say residents

Distraught residents of the estate where at least 17 people were killed in a horrific tower block blaze have told how they believe safety concerns were ignored because officials "don't care" about working class people.

Police have seen a spike in the number of violent and sexual crimes in London's nightclubs, bars and pubs, the Standard can reveal. Met Police statistics showed that officers were called out 9,598 times in 2016, including 1,706 cases of serious wounding and 55 rapes.

Burst water mains surge by 26% after chaotic winter for Londoners

Burst water mains rose by more than 1,000 this year as the capital's centuries-old pipes struggled to cope with freezing temperatures - causing chaos for Londoners. According to figures obtained under Freedom of Information by the Standard, Thames Water attended 5,229 leaks from April 2016 to April 2017, compared to 4,150 the year before - a 26 per cent increase.

A woman has described hearing screams and cries for help as a car ploughed into her house, leaving one young man dead and another fighting for life. Bianca Simpson, 45, was in bed at her home in West Cromwell Road, Kensington, when the vehicle smashed into her basement just after 3am.

A new fortnightly bin collection scheme in north London has left wealthy neighbourhoods looking like a "landfill site", residents claim. Camden council changed its refuse collections after signing a contract that could be worth up to £300 million over 16  years with French company Veolia.

Thousands of 'hidden homeless' people sleep in dangerous conditions in London every night, a damning report has found. As many as 12,500 people are forced to stay with strangers and sleep on public transport every night in the capital, leaving them at serious risk of assault, according to a study compiled by the London Assembly.

Not a single home has been built by Kingston Council within the past 10 years, despite London facing a critical housing crisis. The Cambridge Road estate will become one of 31 "housing" zones across London The zero figure was revealed as part of a Freedom of Information request that asked the authority how many homes it had built between 2005 and 2015.

The junior doctors' union has said it "deeply regrets" the disruption caused by strikes this year after it was revealed at least 5,000 operations, procedures and appointments were cancelled at hospitals across south-west London. According to figures obtained through freedom of information requests from this website, at least 5,319 vital hospital service appointments were cancelled, with Kingston Hospital worst affected.

A major six-month Kingston police drugs operation resulted in just 15 convictions - despite officers making almost 250 arrests. Kingston police station According to statistics obtained through a Freedom of Information request, 249 people were arrested and 15 convicted as part of Operation Odin - an initiative launched in October 2014 to "reduce crime and anti-social behaviour associated with drugs supply" in the borough.

A speeding BMW driver has been jailed for five years and three months for killing 21-year-old Kingston University student Hina Shamim by mowing her down while "showing off" in Penrhyn Road. Farid Reza, 36, of Surbiton Road in Kingston, was today found guilty of causing death by dangerous driving after jurors gave a majority verdict following a two week trial at the Old Bailey.

Neighbours have paid tearful tributes to a Clapham pensioner who was killed when a crazed man mowed down pedestrians in the Westminster terror attack. Leslie Rhodes, 75, of Macaulay Road, was one of three people killed when Khalid Masood ploughed a hired Hyundai into passersby on Westminster Bridge on Wednesday afternoon.

Just one home in Kingston offered to Syria's "most vulnerable" refugees

Just one landlord in Kingston has followed through on a promise to offer a home to some of Syria's most vulnerable refugees - despite Europe's worsening migrant crisis. According to figures obtained through a Freedom of Information request, 25 landlords have expressed interest in giving a home but only one came good as part of the Home Office's vulnerable persons relocation scheme.

Outraged residents have slammed Kingston Council for a "diabolical" traffic restriction scheme in Surbiton after it was revealed it had made more than £500,000 in fines in just one week. Temporary bollards and sign posts went up in Surbiton Crescent on September 5 as part of a trial traffic-calming measure for the proposed Tolworth mini-Holland route.

'Democracy denying at its worst': Kingston's Liberal Democrats and Green Party in discussions...

Kingston's Liberal Democrats have come under fire for making a "grubby, basement deal" after it was revealed its leader is in discussions with the Green Party over uniting to oust the Tories in the 2018 council elections.

Builders working on constructing a Premier Inn hotel in Tolworth are facing Christmas on a shoestring after they were told to pack up their tools without being paid - with some losing out on thousands of pounds.

An image has surfaced online appearing to show an Old Malden man, who was part of a vicious acid attack that left a woman blind in one eye, grinning and showing off a picture of a woman lying on the ground and holding her face.

A Korean supermarket has caused upset among shoppers for packaging moving crabs in cling film and selling them while still alive. Korea Foods imports live crabs daily to its main warehouse in Wyvern Industrial Estate, New Malden, and sells them on in the adjoining supermarket.

New Malden school pays out to teacher fired after his 'sexualised' artist choice led pupil to...

A New Malden school has paid out to a teacher who was fired after his "sexualised" artist choice led a pupil to Google explicit images online. Peter Knowles, 54, was head of art at Coombe Boys' School when he chose surrealist artist HR Giger for the subject of a GCSE class in autumn 2013 - leading one student to use a school computer to research the artist and discover the images.

Plans to move council housing services such as debt management and repair work into the hands of tenants in a new resident-led service cost Kingston Council more than £20,000 before they were scrapped, the Comet can reveal. In total, the council spent a staggering £20,551 on a four-month long "roadshow" for the Community Housing Trust (CHT) that never was.

'There was nowhere to run away to': Kingston man describes the moment England fans were rushed by...

A Kingston man has described seeing fellow fans charged at by Russian football hooligans at Marseille's Stade Velodrome at Euro 2016 on Saturday and being forced to clamber over barriers to escape. Sam Blackwell, 34, flew to France on Friday with two friends to watch England face Russia in their opening match of the European Championships.

"She will always be in my heart": Parents pay tribute to 14-year-old schoolgirl killed after...

The grieving father of a 14-year-old schoolgirl that died after being hit by a lorry has said he never knew so many people cared about his young daughter. Lavna Chuttoo was walking with friends to Coombe Girls' School in New Malden on Tuesday morning when she was hit by a lorry while crossing Lime Grove at the junction with Coombe Road.

Driver issued traffic fine by Kingston Council - despite being 250 miles away raising money for...

A Devon man who quit his job to spend two months hiking around the South West coast for charity was astonished to return home to a traffic violation fine from Kingston Council.

What now for Kingstonian? Ks' future in Kingston in the balance as AFC Wimbledon secure move back...

Kingstonian's worst fears were realised last night as plans for AFC Wimbledon to move out of Kingsmeadow and build a new stadium in Merton were approved. This leaves Ks with the task of finding a new ground within the next two years.

Zumba classes, 1950s music and a rescue dog are at the forefront of an ambitious plan by Kingston Hospital to shift attitudes away from the "clinical approach" of caring for people living with dementia.

The mother of a woman who died a drug-related death in her room at Surbiton's YMCA has described the centre as the "worst place they could have put her". Alexis Fallon, 50, originally from Dartford, was found dead in her room at the YMCA, in Victoria Road, Surbiton with "fatal levels of illicit drugs" in her system on May 11, 2014.

"Out of control" New Malden mum-of-six jailed for three years after driving into autistic cyclist...

A mother of six who used her turbo charged 4x4 as a "weapon" and ran it into an autistic cyclist was "out of control," a judge who jailed her for three years has said.