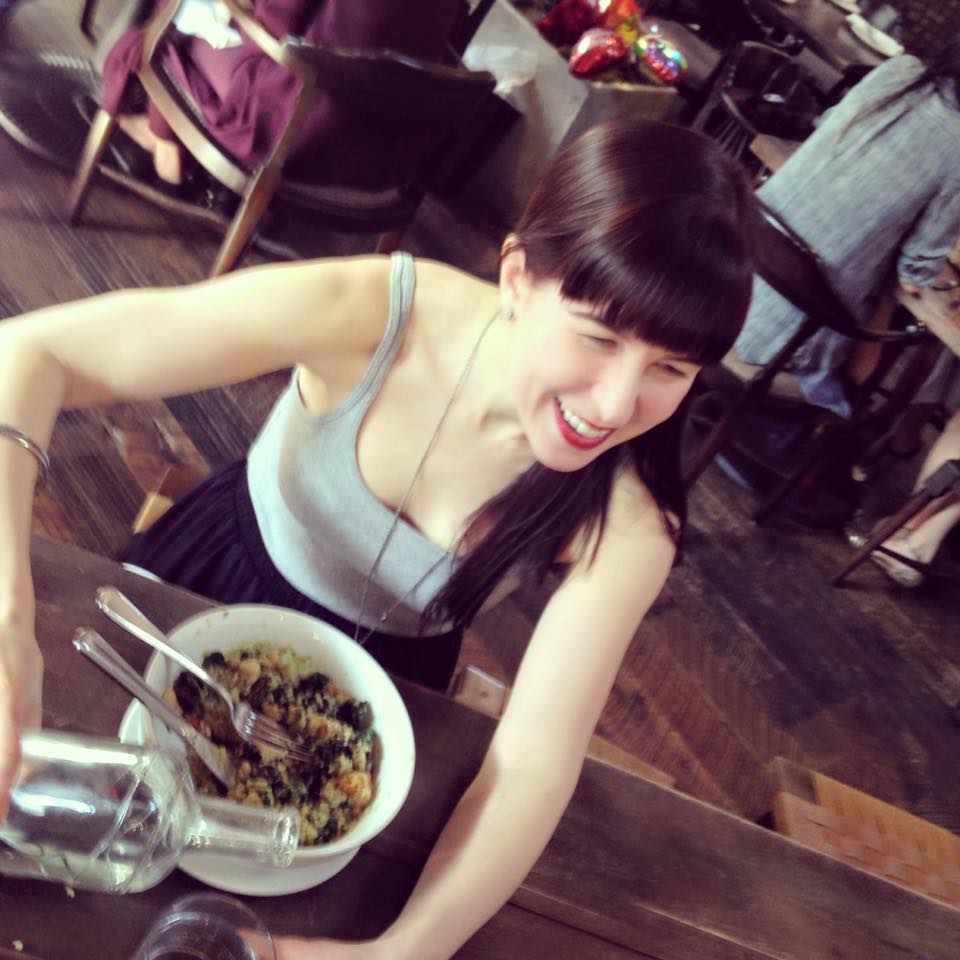 Jennifer Logue is a singer/songwriter with a lot of soul and a knack for writing catchy hooks. Her music has appeared on MTV and ABC as well as film. She's performed at Virgin Mobile Freefest, CMJ, the Madeira Film Festival, and SXSW.

Over the years, she’s expanded into ancillary fields — as a red carpet reporter, journalist, voiceover artist, photographer and in 2013, an entrepreneur when she founded the popular music website — Rock On Philly.

Finding a niche for herself in all things Internet, music and lifestyle, she’s become sought after in the digital realm for her talent in building organic communities for established brands as well as startups.

In 2016, she joined the team at Metro US as Philly Features Editor and National TV Editor in the hopes of adding value to their online and print platforms.

You can follow her adventures weekly with the columns “Eat Like an Insider” and “Hot Plate,” which run on Thursdays in Philadelphia. Also be on the lookout for national stories in the Television section.

When asked which role is her primary focus Jennifer says, “At the end of the day, I am an artist in everything I do. Whether it’s writing a story for a newspaper or writing a song or launching a new website for a brand, it’s all creative and exciting to me. Creative energy is like water. It takes the shape of its container and I’m having a blast seeing where the current takes me.”

And will more music be coming soon? “Most definitely,” she says.

Skype Interview with The Dandy Warhols

Best in the City- Spice Market (Hosted by Jennifer Logue)

Best in the City- Bourgeois Pig (Hosted by Jennifer Logue)

What It Was Like to Record Jeff Buckley: An Interview with Producer Steve Addabbo

Before Jeff Buckley recorded his stunning debut album, Grace, he was still discovering himself as artist. Shortly after being signed to Columbia Records, he walked through the doors of Shelter Island Sound in New York City in 1993 to record for three days with Steve Berkowitz, his A&R, and Steve Addabbo, the producer who engineered the sessions.

Jesse Miller of Lotus Chats with Trebel about the new album, the band's college days, and more

Featured Image Courtesy of The Artist Trebel Music: You guys initially formed at college back in 1999. What's the story behind that? Since 1999,Lotus has been organically building a rabid fan base, thanks to their energetic live shows and distinctive sound, which is a kaleidoscope of electronica and rock and roll.

Made in America 2014 rocked Philadelphia for the third year in a row, with over 44,000 diehard music fans in attendance. From Kings of Leon to Kanye West to Spoon and Pharrell, there were some incredible performances in the City of Brotherly Love.

Every first Thursday at Underground Arts, the West Philadelphia Orchestra throws their signature event-The Balkan Dance Party. If you're in the mood to cut loose and lose yourself in the hip-moving rhythms of Romani meets Jazz, this is the place for you. The crowd is diverse, open, and energetic, and the musicianship is on point.

Getting into the Christmas Spirit with John Waters

Renowned filmmaker and author, John Waters, is back on the road with A John Waters Christmas: Holier and Dirtier, coming to Philadelphia on Tuesday, December 22nd at Union Transfer. Best known for films like Hairspray and Pink Flamingos, Waters' critically acclaimed one man show pokes fun at the holidays and "puts the X in Xmas."

Morgan Berman is one of the most promising young leaders in the Philly startup community as co-founder and CEO of My MilkCrate, an app that helps its users live more sustainably.

If you're a fan of America's Next Top Model, you're already familiar with one of its stars, Cory Wade, who placed third in the 20th cycle of the show. What you may not know is that aside from being a sought-after model, Cory is also a gifted singer and actor as well as a passionate spokesperson for the LGBT community.

Norwegian singer/songwriter and multi- instrumentalist Sondre Lerche is coming to Philadelphia's Underground Arts on September 25th and you have to be there. His newest album, Please, is slated for a September 23rd release and the upcoming show will undoubtedly feature old favorites as well as some new ditties.

It's not easy being indie...

by: Jennifer LogueSometimes I just need to vent. Being an indie singer/songwriter in one of the most competitive, expensive cities in the world isn't always a picnic, it's actually quite a struggle most of the time. You wake up in the morning with this insatiable drive to create and share your musical visions with the...