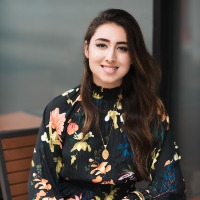 Jenan is a first generation-born, and raised American with Palestinian and Brasilian roots, and founder and Editor in Chief of MISSMUSLIM. A graduate of Rutgers University, earning a B.A. in Journalism & Media Studies, she is now a New York City-based public relations Director with experience in the music, fashion, and the food and beverage industries; and has an everlasting passion for traveling and writing.

Being a young American Muslim, Jenan wanted to build her own space where women of all backgrounds and levels of religiosity, particularly of the Muslim faith but not exclusive to it, could share their views and crush stereotypes surrounding women and Islam. With MISSMUSLIM covering a wide range of topics from faith, to food and fitness, to female/sexual health and dating, to politics and pop culture – Jenan hopes to inspire more women to speak out and demand their voices be heard as well as highlight the global accomplishments of Muslim women. The MISSMUSLIM team prides itself on starting necessary conversations around topics deemed as too controversial or taboo for women in various communities to speak of.

In just five years, MISSMUSLIM has swept through the online market becoming one of the fastest-growing websites in its space. MISSMUSLIM has been featured as a media mover in Cosmopolitan, named the “most controversial Muslim women’s website on the internet” by Allure, and has been featured in countless stories on outlets such as BuzzFeed, Mic.com, Elite Daily, Huffington Post, Muslim American Leadership Alliance, CNN, Hoboken Girl. Jenan has personally written for The New York Times on three separate occasions in both online and print.

MISSMUSLIM had a brief partnership with Cosmopolitan Middle East, and with PAPER Magazine in February of 2017 to bring Muslim women’s voices and conversations to the forefront of mainstream media.

In April of 2017, Jenan received the Shirley Chisholm Award in the category of Journalism for outstanding representation of Muslim and minority women in the media, and for being a “catalyst for change.” Jenan gave a TEDxTalk in Asbury Park, New Jersey in May of 2017 in a conference about “identity” to a sold-out show at the Paramount Theater.

Jenan is also is working to bring more diversity to the public relations industry through unique and thoughtfully inclusive campaigns, and won the PR NEWS 2021 Asian Pioneer Award for her DEI efforts.

These Millennial Muslim Women Are Clapping Back Against Stereotypes

"Kill them all, and let their Allah take care of them." Laila Alawa was just a teenager in Potsdam, New York, when she spotted a guy wearing that slogan on a T-shirt and hoped her 6-year-old twin sisters couldn't read it.

Of the MissMuslim cofounders, only one of them is covered. Matari wears tight clothing, makeup, and bikinis. "Most people don't know I'm Muslim when they look at me," she says. "I'm also fairly light in skin color. I have dirty-blonde hair and brown eyes."

Yesterday, Donald Trump moved to ban immigrants from several majority-Muslim nations. Meet Jenan Matari, a 25-year-old Muslim woman and feminist living in New York City who was one of millions last weekend out marching in solidarity against this frightening new regime. This is her story.

Jenan hopes to inspire more women to speak out and demand that their voices be heard and to highlight the global accomplishments of Muslim women in a time when being both Muslim and a woman are seen as unfavorable. One person alone is so powerful but when multiple powerful people get together and become activists for the same cause, a movement happens. Jenan Matari is the co-founder and editor-in-chief of MissMuslim, a women’s empowerment website covering a wide range of topics from...

Our ancestors are calling, they said it's time to free Palestine - Mondoweiss

My connection to Palestine has always been somewhat of a beautifully tragic one. When I think of Palestine it quite literally feels like my heart is being torn to pieces. I grew up filled with pride for my homeland, but was raised to be proud in secret as a form of self-protection.

Young Social Impact Heroes: Why and How Jenan Matari Decided To Change Our World

Thank you so much for doing this with us! Before we dig in, our readers would like to get to know you a bit. Can you tell us a bit how you grew up? Thank you for having me! It's really great to be chatting with you.

Opinion | After the Election, Celebrating Diversity

To the Editor: After the 2016 election I saw a side of America that I had fully believed was going to run rampant for the next few decades. I had no idea how much angst I had been holding inside until this moment. I feel lightheaded from relief.

Opinion | Invitation to a Dialogue: Being Muslim in America (Published 2017)

Let's talk "identity politics." I don't have a single label. I'm a woman. I'm Muslim. I'm Arab. I'm Latina. Every one of those labels has become some type of political identity that leads me to support those in power whose policies keep my rights protected.

Opinion | After the Bombings: A Plea and Politics (Published 2016)

With the weekend bombings in New York and New Jersey, terrorism has once again gripped the nation's mind. As Muslims, we would love to argue against the notion that Islam and terrorism are linked. However, it is becoming increasingly difficult to do so when we see young Muslim men murdering innocent people across the world in the name of their, and our, religion.

Sunday Dialogue Readers respond to a Jan. 31 letter from Jenan Matari about the discrimination she has faced as a young Muslim-American. To the Editor: Let's talk "identity politics." I don't have a single label. I'm a woman. I'm Muslim. I'm Arab. I'm Latina.

"Get ready to fight for what you believe in. " With Jenan Matari

Get ready to fight for what you believe in. Even the ones you know love you unconditionally will disagree with some of the things you are fighting for. That's OK. As I said before, do it anyway. When they see the positive impact you are creating, they will come around.

We talked to Jenan Matari, TedX speaker, co-founder and editor-in-chief of the online blog missmuslim.nyc about her story and journey.

"For the first time, ever, I saw myself in the survey. I could check a box."

I'm 'Not Muslim Enough' For My Culture, But 'Too Muslim' For My Country

It's tough being a Muslim woman. With our scarves and conservative clothing, we're basically a walking political identity. It's also tough being a non-hijabi Muslim woman - for reasons that probably aren't as obvious as being stared at for covering...

America 2.0 is a photography project that captures what a dynamic American community looks like when you see the person before the religion.

You could turn on the television and watch President-elect Donald Trump or one of his right-hand men tell you about Islam. Or, as photographer Mark Bennington did, you could sit down with some of the three million Muslims in America and get to know them that way, instead.

Amid one of the most tumultuous presidential elections in American history, photographer Mark Bennington captured a series of portraits and interviews with young Muslim Americans in New York City, creating what he describes as "a visual translation through representation of what a dynamic American community should look like."

"There was a sense of intrigue; it was something different," said Adam Soltani, the executive director of the Council on American-Islamic Relations' Oklahoma chapter, of how others viewed Islam. "But I didn't sense any fear in being Muslim at all." That was before the attacks of Sept.

This Instagram sensation describes her platform as "the halal Cosmo" - and we seriously love it. Our Hoboken Girl of the Week is Jenan Matari, Editor in Chief of MissMuslim, a blog and internet sensation that has been featured in the New York Times, Buzzfeed, Huff Post, and Cosmopolitan.

"I have been judged for most of my life and unfortunately it has mainly been by my own community. I don't necessarily relate to the stereotypical image of a Muslim woman, but I am still a dedicated Muslim. I am not covered. I fast during Ramadan but I don't always pray.