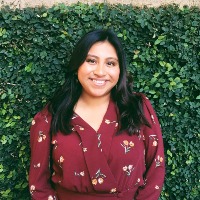 I am an experienced multimedia journalist skilled in storytelling, news writing, radio broadcasting, and post production editing, with a deep passion for social justice issues and grassroots organizing.

Native Hawaiians gather to protest the construction of a giant telescope on the sacred site of Mauna Kea. Comments from Harry Kim, Mayor of Hawaii. As of July 15th 2019, some protectors of Maunakea have chained themselves to cattle grates. Police and sheriff are on the scene. Thank you Mana I Ka Leo Power of the Voice for the updates and thank you Dawn Kaniaupio for footage and interview.

A new teaser ad for an upcoming perfume fragrance called "Sauvage" which means wild or fierce in French, has sparked wide criticism online. The ad shows Native American dancer Canku one star, performing to a drumbeat and the narration, "We are the land. Dior." The House of Dior, filmmaker Jean-Baptiste Mondino, and Johnny Depp consulted [...]

On July 10th, Governor David Ige's office announced that construction of the Thirty Meter Telescope on Mauna Kea was set to begin the week of July 15th. The announcement has generated a response of Kiai (protectors) gathering at the sacred site to peacefully protest the construction plans.

According to national exit polls, roughly 29 percent of Latinos voted in support of President-elect Donald Trump. However, alternative exit poll surveys suggest a lower percentage of 18 percent. KVCR's Isel Cuapio spoke with UC Riverside Political Science Professor Francisco Pedraza on how we should understand these figures.

At the Morrison Hotel Gallery in West Hollywood, photos are displayed of one of the greatest music icons: Freddie Mercury from Queen. This is just in time for the release of the highly anticipated Bohemian Rhapsody biopic that documents how Queen rose to stardom. The exhibit features images captured by legendary rock photograoher Neal Preston.