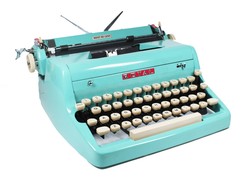 I've been a professional writer and editor for the past 35 years. I have served as an editor for Outside Magazine, National Geographic Books, Trend Magazine, Mothering Magazine, and John Muir Publications (now a division of Avalon Travel), and have published hundreds of features in publications including Outside, Mothering, and E: The Environmental Magazine; and online at NPR.org. I am co-author of the book Montezuma: The Castle in the West (UNM Press, 2002) and have completed four children’s books. I've studied writing at the University of Iowa Writer's Workshop and Drew University, and was awarded the nonfiction fellowship at the Taos Writer's Workshop in 2004. I am also an award-winning documentary and street photographer whose work has appeared in newspapers, magazines, 8 group shows, and in numerous sites online.

By Heidi Utz At the turn of the 20th century, the mile-high city of Butte, Montana, was a thriving metropolis. The town had quickly progressed from a smattering of mining camps to one of immense wealth from its gold, silver, and copper mines, and contained surprisingly modern amenities.

Restaurants Worth the Drive

Reviews of 9 restaurants in the Santa Fe area

The Art of Survival

The state of Albuquerque's art scene

Iconic chairs in the homes of Santa Fe architects, artists, and other collectors.

Between Pain and Paradise: The Dreamscapes of Robert Stivers

Patti on My Mind

Pedal with the Pros

Noir Festival at Plan B

Art of Tibetan Children in Exile