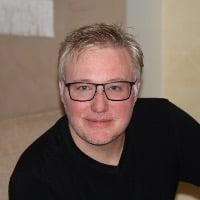 I love the process of writing and producing content for television and the big screen. I graduated with a degree in Electronic Media and Filmic Arts and moved to Hollywood to pursue a career in film production. During my time in Hollywood I worked for ABC Studios helping produce music for all of their television shows. I have developed, written and pitched my own teleplays and screenplays. My most current project "Noise in the Middle" was shot in November of 2018 and is currently in post production.

Below are samples of the teleplays and screenplays I have written or co-written.

The Noise in the Middle

After the sudden death of his wife, a grieving father of a severely non-verbal autistic girl seeks experimental therapy and unknowingly rents an Air B&B with a haunted history. The spirits in the house stir his daughter's psychic abilities along with his personal demons.

A double agent resurrected from the brink of death to test a nano-technology is given the power to tap into a Sleeper’s Dream Matrix in order to harvest clues that help solve crimes and apprehend criminals. "The Matrix" meets "Criminal Minds."

When Santa Clause is kidnapped by a treasonous elf, his anti-Christmas activist son must learn the true meaning behind Christmas in order to overcome his hate and rescue Santa.

Corrine, a sassy ingénue travels to Miami with Trina, her transgender voice coach to take center stage at Façade, the hottest nightclub in North Miami during the late eighties. Torn between her dysfunctional family and her naive dream of becoming a famous singer, Corrine is seduced by the carnal trappings the world of Façade offers and must pull herself out of the enticing bedlam or crash in tragedy. "Smash" meets "Empire."

When Titus, a genetically enlarged beetle escapes a secret lab, Hunter a fatherless boy with an affinity for bugs unintentionally traps him and discovers a plot by an evil scientist to release thousands of enlarged insects on Hunter’s home town. Hunter must rally his friends and use his knowledge of insects to save his mother and sister before the town he loves is devoured.

Zoolander meets Ink Masters. A cult classic comedy set in the underground world of tatted reality stars and body mod freaks. A vacuous tattoo artist and body mod fanatic devises an extreme plan to become the next reality show superstar and win the love of his life by surviving the ultimate "body mod", a shark bite.