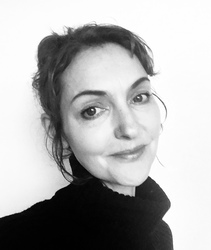 When Mary-Margaret McMahon steps down as Beaches-East York city councillor for Ward 32 at the end of November, it's no exaggeration to say that it is a more community-driven and culturally rich area than it was at the start of her time in office. To celebrate and honour Councillor McMahon's eight years as our city ...

By FIONA BRAMZELL The phrase 'gig economy' is a relatively new term that describes the way many people work these days but Beaches local, actor and entertainer Patrick Rose has been living that way his whole life and loving every minute. Born in Manitoba and growing up in Vancouver, Patrick was introduced to music at ...

Whether you believe life is shaped by karma or governed by our own personal drive and determination, the newly crowned Mrs. South Asia Canada, Amita Seth, would probably tell you it's a little of both. This latest achievement epitomizes Amita's willingness to jump in, take chances and enthusiastically grab everything life has to offer.

By FIONA BRAMZELL As a long-time stand up comedian, Judy Croon is used to being in the spotlight. When she's off stage, however, she devotes most of her time to shining the light on people and causes that often get overlooked. Judy is one of those people who packs so much into her schedule you ...

It was from this raw, emotional place that Braeden's latest EP emerged, a record that he says came together very organically. It has been about three years since his self-titled debut EP was released and although he knew he wanted to release a new recording, he also knew that it needed to really reflect where he is in his life right now.

Beach Bliss: Now that the holidays are over, it's time to get back on the healthy track - Beach...

By FIONA BRAMZELL While the holidays are a time of eating, drinking and much merry-making, the following weeks can leave us feeling less than our best! Long after the gift wrap has been recycled and the last of the leftover turkey has been eaten, we're left with subtle reminders of the excesses of the season ...

By FIONA BRAMZELL Summer to Fall Skincare Guide Summer is always a fun season but sooner or later a chill creeps into the air and you know it's time to pack away the t-shirts and shorts for another year. While your memories of all the good times you enjoyed linger into the fall and beyond, ...

Despite the growing popularity in vegetarianism with 'Meatless Mondays' and an awareness of the damage the meat industry wreaks on the environment, people still love their meat and for a vegetarian couple, this can pose a real problem when it comes to planning their wedding meal.

There's not many people in this world who don't enjoy a nice, moist carrot cake. In fact, even folks who wouldn't normally touch a cooked carrot if it appeared on their dinner plate would welcome a slice of this popular crowd-pleaser. And what's not to like?

Bora Bora For an exotic, beach-bound honeymoon, you simply can't go wrong with Bora Bora. For couples who enjoy long, lazy days on white sandy beaches that stretch for miles and nights partying in a tiki bar, there's no better place than the French Polynesian isle of Bora Bora.

The historic town of Javea is located just outside of Alicante on the northeast tip of Costa Blanca. A market town with an active fishing port, Javea is known for its fresh produce, meats and, of course, daily catch of seafood.

What's better than a vacation in Spain? A vacation in Spain with a group of your favourite girlfriends! Our close friends are a huge part of our life - these are the people that love us unconditionally and are there for the good times and bad.

The 3 Most Beautiful Towns in Costa Brava - Club Villamar

The region of north-eastern Spain known as Costa Brava is truly one of the most beautiful and culturally-rich areas along the coast of the Mediterranean. The name literally means 'wild coast', and there are so many gems among the white sandy beaches and quaint fishing villages, choosing which one to visit is like picking just one diamond among many!

The Facts about Chemotherapy and Hair Loss - Regenepure

Hair loss is a sensitive subject. Hair loss and cancer? Well, that's a subject no-one likes to talk about. Unfortunately, if you are one of the many people that go through this devastating disease and undergo chemotherapy, hair loss is likely to occur.

Treating dry skin, whether just the odd patch or all over the face, takes more than simply applying moisturizer after washing. While moisturizing is important, take note of these other tips to treat dry skin properly and even prevent it from happening in the first place.

As we get older it is inevitable that we're going to see signs of aging on our face. Usually the areas that are most animated, such as around our eyes, are where these lines and wrinkles show up first which is why some people undergo cosmetic procedures that 'freeze' the muscles in these areas.