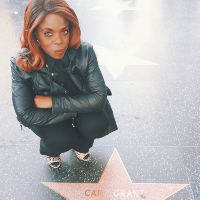 In Loving Memory of Ibby and Ben Epega.

A Fabulous L.A. Adventure There is no better time to visit the great City of Los Angeles and to experience the glamour, than during the glorious finale of the Awards season (after the BAFTAs in London!) - here are some of our fabulous highlights : We Stayed at: THE LONDON WEST HOLLYWOOD 1020 North...

Regé-Jean Page's career has launched into the mainstream amid the success of Bridgerton on Netflix, which is set in the Regency era in Britain. On the series, he plays the role of the Duke of Hastings, a mysterious young suitor who returns to England amid the start of debutantes season - where those who are of age enter society.

How Can You Mend A Broken Heart?

Facing the inevitable, through acceptance and embracing the moment. I've been listening to a lot of The Bee Gees and Andy Gibb lately. The recent release of the documentary "How Can You Mend a Broken Heart", which I watched with my family, left us bereft, happy, sad, even singing...

Images Courtesy The Academy, 2020 Vanity Fair Oscar Party & Reuters The world held its collective breath every time Brad Pitt was nominated for an award. His presence was palpable at the BAFTAs in London, and he didn't even attend! Would he turn up with Jennifer Aniston?

The Incredible Artistic Journey of Lincoln Townley By Jayjay Epega

A recent and long conversation that I had with Producer and Showrunner Simon Mirren (Criminal Minds, Versailles, Without A Trace), about the life and times of Cliff Robertson, left me thinking about how his journey evokes and offers inspiring and motivating life lessons.

Beyond Belief : The Real Mad Men

Charles Saatchi takes us to the Golden Age of Madison Avenue - and its Beyond Belief! Special Preview of an Exclusive Book Review for The Luxury Channel By Jayjay Epega @DGirlJay We live in a world created by marketers. Advertising is a powerful force that has shaped our attitudes and behaviour since the beginning of...

Music Moguls - The Music Industry Legend Alan Edwards Talks Talent And PR Magazine > By Jayjay Epega Alan Edwards, CEO of Outside Organisation, has represented some of the biggest and best known names in entertainment. These include The Who, the Rolling Stones, the Spice Girls, Amy Winehouse, Michael Jackson, Robbie Williams, Naomi Campbell and the Beckhams and David Bowie.