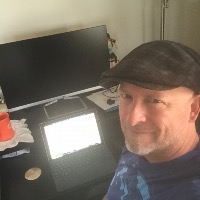 One of the best things about working in Game Journalism and PR/Communications is that I still get to tell original, compelling stories -- just from a different angle. After moving into Communications in 2012, I've worked with top-level press from Entertainment Weekly, The Wall Street Journal, and the LA Times to Venture Beat, PC Gamer, IGN, Edge, Polygon and others to tell my clients' stories. I've pitched and secured magazine covers, company documentaries, and profile-raising industry features, working directly with a wide array of outstanding developers and marketing teams.

My goal is to work hand-in-hand with developers, the media and influencers to create real stories, genuine engagement and impactful campaigns to make their games a success. At Reverb, I launched Rocket League, ARK: Survival Evolved, Furi, Endless Legend, Kingston's HyperX headsets, and more. During Warframe's rise to popularity, I directed all of the PR campaigns from fall 2016 to spring 2021 to expand and attract a broader audience, helping bring the game to more than 60+ million players, securing awards and accolades along the way.

Before working in PR, I wrote stories about games and the people who make them. I was the first managing editor for Next Generation Magazine. I was a founding editor at IGN (hire #2), leading five different channels to editorial success. I've launched, founded, and co-founded several publications, appeared as a critic and influencer on TV, and reviewed hundreds of games with brutal honesty and compassion.

During my freelance transition period, I consulted on dozens of titles as a mock reviewer for AAA publishers such as EA, Ubisoft, Warner Bros., LucasArts, Take-Two, Sega, and more.

In an earlier life, I wrote and published poetry and short stories and ran an indie literary magazine. When I'm not working, I spend time my wife and children, playing beach volleyball, surfing, backpacking, playing games, reading, cooking and gardening.

Debuting on Microsoft’s next-generation Xbox Series X|S and due on all other platforms today, Digital Extremes’ robust new Warframe® Call of the Tempestarii update puts players at the helm...

Empowered by player feedback to fulfill Warframe®’s ultimate space fantasy, Digital Extremes has delivered an ambitious re-imagining of space-battle gameplay with the streamlined...

Hello, Tenno! As we gather our thoughts for the end of a crazy year and move into 2021, we’d like to share what’s going on with us. In 2014 Leyou purchased majority shares in Digital Extremes. During the six-year period, we’ve remained creatively independent.

Canadian developer and publisher Digital Extremes will usher in a new age for Warframe® on Sony’s PlayStation 5 this year and later on Xbox Series X. From a single tileset and four...

What's next for Warframe: Digital Extremes shares their vision for the future

It's been incredibly exciting for us these past few months to discuss plans for the next generation of Warframe. As we continue to grow, we want to highlight more about what the future holds...

How to get started in Heart of Deimos, Warframe's third open world

At our fifth annual TennoCon held just a few weeks ago on August 1, we introduced our third open world, the grotesquely beautiful Heart of Deimos. Overrun by the Infested faction, the newly...

Canadian developer and publisher Digital Extremes connected with its Warframe® players in record numbers during TennoCon this past Saturday, setting an all-time Steam record of 154,246 CCU (concurrent users).

Every time our development team updates Warframe - that's 28 major updates since 2013 - it's learned to evolve, change, or expand on the original premise of stepping into the skin of an all-powerful space ninja. Revealed during a live demo in today's TennoCon 2020 Convention...

Inside the Making of Warframe's Deadlock Protocol

Sometimes, in order to move forward, one must move back. To break a stalemate amongst its board members, the Corpus, the money-loving, cult-like enemy faction at the heart of upcoming The Deadlock Protocol, does just this - it resurrects the past.

We're feeling lucky today, Tenno. Warframe is seven years strong today, and we want to share our birthday in the most generous way we know how - by giving out free gifts and by calling on you to help create the next Warframe. Free Anniversary Dex Armor Set + To celebrate...

Since July 2018, our development team has talked about giving Warframe players something different than the tried-and-true procedurally generated corridor shooters and open-world expansions they have become used to. They have wanted to expand Warframe's gameplay...

Every December is an incredibly busy time for Digital Extremes and Warframe players. This year is no exception. At The Game Awards last night, Digital Extremes announced Rising Tide, a content update that lays the blueprint to create the powerful Railjack battleship, is live now...

Confront Your Immortal Nemesis in Warframe's The Old Blood Update

Play Confront Your Immortal Nemesis in Warframe's The Old Blood Update Video As a former game journalist, working on Warframe has been an eye-opening experience into the development of a living game. Warframe is in constant motion. This six-year-old games-as-a-service title cycles through constant expansion, re-tooling, balances, re-balances, engine overhauls, complete teardowns, you name it.

The Digital Extremes development team has teased players for months now with one of the more iconic upcoming Warframes, Gauss - and he's almost here! Like your favorite lightning-fast comic book characters, the 41st Warframe is a speed demon fueled by powers and abilities based on kinetic motion.

It's Saturday night, just minutes after the fourth annual TennoCon, and everyone at Digital Extremes is still tingling with emotion. All kinds of emotions: Nerves are mending, smiles grace the team's faces, and somebody might be cracking open a bottle of champagne.

The Warframe dev team, always passionately intent on keeping its game interesting and ever-changing, has introduced something it's never done. We're delivering a new way to earn rewards while playing Warframe with a single, powerful broadcast. If you have been playing...

Play Warframe's "Nightwave" Update Launches Today on PS4 Video "To all of you driftin' out there in the black, mark the frequency. The time has come to act together. To open our eyes and gaze with utmost clarity past the present and into a future we create. Shoulder-to-shoulder."

Play Meet Warframe's Next Massive Expansion: Fortuna Video. In real life, Venus is that bright, pretty "star" you see in the early night sky named after the Roman goddess of beauty and love. In the world of Warframe, however, Venus is something much different.

Five Tips to Get Started in Warframe's New Fortuna

The open world of Fortuna has arrived in all its frigid, mysterious, terraformed glory and it's beckoning you, Tenno, to join the rebel faction Solaris United. We've talk about what's in Fortuna since we announced it at TennoCon, but where do you start?

Journey into the Heart of Warframe's Next Open World

Whether you're new to Warframe or a grizzled veteran, the upcoming expansion, Fortuna, has probably crossed your Twitter feed once or twice - something-something Venus, blah-blah hoverboards...giant mechanical spiders. Yes, that's us! We introduced the new open-world...

DE Says No to Bullying

Less than seven blocks from Digital Extremes' London, Ontario studio resides one of the most important places for at-risk youth and vulnerable adults in the region. Anago, a registered charity...

For the ninth year in a row, Digital Extremes was honored by the Mediacorp Canada Inc. as one of the top 100 best Canadian companies to work for (2019). That's right, you should come work for us!

At 9:15 am Thursday morning, Donald Mustard, the creative director at Chair Studios, sits next to me on a couch in a hotel in San Francisco. He unfurls a laundry list of the features from Infinity Blade II’s new multiplayer component, but it becomes clear after a few minutes he is...

The Rise and Fall of Dreamcast

In this ten-year Dreamcast retrospective, Gamasutra looks back at Sega's last effort in the console market through interviews with former president of Sega of America Bernie Stolar, former Sega of America COO Peter Moore...

The Influence of Literature and Myth in Videogames

How have myth and seminal writers of horror, science fiction, and fantasy shaped today's videogame landscape? IGN taps the literary roots of the industry for answers.

To watch the opening scenes of "Grand Theft Auto IV" is to experience the beginning of a new chapter in video game storytelling.

One of the most powerful and engaging forms of storytelling today is gaming. Come learn how game makers modify traditional story forms for a new platform and audience.

The Inspirational Story of the Place I First Saw Crysis 3

On the corner of Brannan and Embarcadero streets in San Francisco, CA., an entire block is dedicated to what appears to be a Mediterranean-style condo complex. I recently attended an Electronic Arts event there showing Crysis 3...

Everyone loves original games. But few developers take the risk of making them in the video game industry. Enter Jeremiah Slaczka, the creative director at game developer 5th Cell, dropped out of high school in his junior year. Working with his partner Joseph Tringali, he made a string of licensed cell phone games to get their company off the ground.

'GTA' multiplayer lets you and 15 pals cause havoc

I've often asked myself what I would do without a cell phone. In "Grand Theft Auto IV," just as in real life, the answer is simple: not much. Just as Rockstar Games created seamless transitions in past GTA titles, jumping from the single-player campaign to the new multiplayer component is as easy as pushing a button.

When one thinks of this industry's true tech-driven developers, one doesn't have to think too hard. Count them on one hand—Id, Epic, DICE, Valve, and Crytek.

There is nothing quite like buying a $60 game for your kids and learning withing hours, that you've just wasted hard-earned money on a stinker.

How Airtight Games started a game studio with just $24,000

In 2004, Microsoft canceled a sequel to its Crimson Skies game, prompting the game’s executive producer, Jim Deal, to leave the company to create a startup.

Making sense of Nintendo before the success of the Wii. With the wildly successful Nintendo DS and Wii hitting record sales month after month, Nintendo looks like a million bucks. All of Nintendo's well calculated strategies...

And Now For Something Completely Different

Earlier this week I spoke with Rockstar's COO Terry Donovan about Rockstar Games' newest endeavor. He had hinted earlier in the summer that Rockstar was working on something new...

Where are the exclusives? What is Microsoft doing? Will it take the console market?

Since its 1992 debut in arcades, Midway's fighter Mortal Kombat has been acclaimed by players...