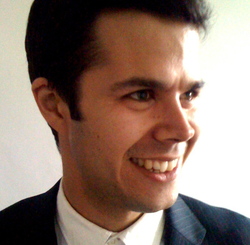 David Hickey is a London-based multimedia journalist. His work has appeared online, in print and on television. His wide range of interviewees include prime ministers, Nobel Laureates, whistle-blowers and rebel leaders. He has produced stories from the field on the turmoil of the Arab Spring (Libya, Egypt), the riots in Turkey, Greece's financial collapse and President Obama's first visit to Israel and Palestine for a major national broadcaster. His writing has been published by USA Today, Timeout, CNNGo and Wire among other publications.

Michael Woodford: Japan has worst structural problems in the world

The whistleblower sees parallels between Olympus and TEPCO, the troubled firm behind the Fukushima No. 1 nuclear power plant

The surreal twists in Kan Mikami's musical 'heresies' alienated him from Japan's 1970s acid-folk scene. But since the 1990s he has released a deluge of defiantly raw albums and embarked on genre-defying collaborations.

He looks and plays the parts so well, that Tokyo Bob could almost be the Bard of Hibbing himself

Japan resident, get set for your date with the dentist

They were four simple words that I never wanted to hear: "Ha wo warimasu, ne (歯を割りますね, I'm going to split your tooth, OK?)."

'It’s a great stress reliever, I can tell you'

Even as some record shops close, Tokyo remains a haven for vinyl junkies. Here are five of the best