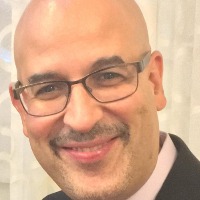 Danny Torres has authored numerous articles for LatinoSports.com and LaVidaBaseball.com. Since 2010, Danny has been a contributing writer to the National Baseball Hall of Fame’s official magazine, Memories and Dreams. Previously, Danny’s work also appeared on mlb.com (2008-2011) and in the N.Y. Mets official magazine, Mets Magazine (2007-2012). In 2011, Danny participated in a panel discussion that coincided with the Smithsonian Institution’s traveling exhibition, Beyond Baseball, The Life of Roberto Clemente. He was featured in Part 2 of a five-part series on the legacy of Roberto Clemente for El Diario/La Prensa, the oldest Spanish-language daily in the United States (2012). Along with the National Baseball Hall of Fame’s Public Programs and Visitor Services, Danny coordinated a one-on-one discussion with 1972 NL Rookie of the Year and 1973 NL Champion, Jon Matlack inside the Grandstand Theater at the National Baseball Hall of Fame Museum. Forever linked with “The Great One”, Matlack was on the mound when Clemente connected with his historic 3,000th hit at Three Rivers Stadium (2015). In the Fall of 2017, Danny was invited to introduce the ESPN short film, "One More Game For You, Mom" during the National Baseball Hall of Fame Film Festival. A lifelong Mets’ fan and a proud native of the Bronx, Danny is a high school teacher and can also be reached on Twitter @DannyT21.

The Pirates of the Caribbean

From Pastime to an International Passion

He stood in the on-deck circle in the bottom of the ninth, taking his cuts as teammate Chris Chambliss dug into the batter's box. The New York Yankees had not been this close to a World Series since the glory days of the early 1960s.

About 300 items from the legendary baseball star Roberto Clemente's personal collection were auctioned during All-Star week in Miami, Florida. The total sales came in more than $3 million. In December of 2014, baseball journalist and Clemente enthusiast Danny Torres and former Major League Baseball executive Luis Rodriguez-Mayoral join SportsJam host Doug Doyle to talk about Clemente's impact on baseball and beyond.

With the World Baseball Classic in full swing, inevitable arguments began in the La Vida newsroom as to who the all-time legends are in each country. To settle these arguments-and probably start some new ones-we've asked some of our favorite writers to give us their picks for five countries (Dominican Republic, Cuba, Mexico, Puerto Rico, Venezuela), plus a special Pan-American team with players from Nicaragua, Panama and elsewhere.

Inside the opulent ballroom at the St. Regis New York Hotel in New York City while waiting for the annual Baseball Hall of Fame news conference to commence, I was awestruck to be in the presence of two newly-minted Latino Hall of Fame inductees: Edgar Martínez and a legendary relief pitcher.

The first Puerto Rican trainer in the big leagues

Nestled in a rustic village in Cooperstown, N.Y., and located 1.5 miles from the National Baseball Hall of Fame and Museum, the Clarks Sports Center has become an annual pilgrimage for baseball aficionados and the legends of America's pastime.