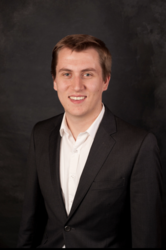 I am a writer with a unique voice that can write about all subjects in many different ways. I have had multiple articles featured on the front page of blastingnews and have been shared across social media. My articles have focused on politics and sports. I also worked for a startup in Stockholm called Newsvoice. While at Newsvoice I wrote dozens of summaries a day focused on breaking news. I also wrote longer post for Newsvoice's social media outlets. Creative writing is also a passion of mine and I maintain social media accounts to promote my work.

No matter what tries to say or portray, he's walking away from Washington as a failure. As Speaker of the House he never accomplished some of his most significant goals and promises; trying to repeal Obamacare turned into a disaster, Americans aren't buying the new tax plan, he never reformed the entitlement programs he hates so much, and he punched a massive hole in the deficit.

Kirk Cousins should want to be with the Cleveland Browns

Kirk Cousins has spent his entire NFL career with the Washington #Redskins and was the starting QB for the last three years, but for whatever reason, the Redskins refused to give Cousins a long-term deal. The team made it obvious they would be moving on from Kirk when they traded for quarterback Alex Smith from Kanas City [VIDEO] .

A blog post I wrote for a client that focused on my experiences in Berlin.

The Browns can't afford to draft like the Browns

Having the first overall pick isn't something NFL teams want the distinction of having. Sure it's nice to have the ability to pick any of the young exciting prospects but it usually means the team had a disastrous season or mortgaged their future to move up in the #draft.

Draft inconsistency and the Washington Redskins

The modern day have been the model of inconsistency. The team has fired and hired coaches, have had great signings and bad signings, and through it, all have had some winning and some losing seasons. Even the draft isn't immune to this Redskins tradition.

The Washington #Redskins have a problem and it's a problem that isn't going away soon. His name is Kirk Cousins and no one not even the team that gets to see him throw everyday knows what he's worth.

Article I wrote for a client on Upwork.com

How to setup new belt record

Article written for a regular client of mine on Upwork.com.

Other countries have strict rules about campaigning; campaigns are often short, not announced until weeks before the actual election, and usually stop days before the election. America, on the other hand, plays by its own campaign rules. It's almost never too early to announce your candidacy, campaigns can go on for years, and ads run through election day.

If you were to ask a liberal who the average #trump supporter is they may say Milo Yiannopoulus, or Tomi Lahren, or described what CNN shows at his rallies. Liberals might claim it's people who hate Muslims, love walls, or chant "lock her up" when Hilary's name is mentioned but, I don't believe that's the average Trump supporter.