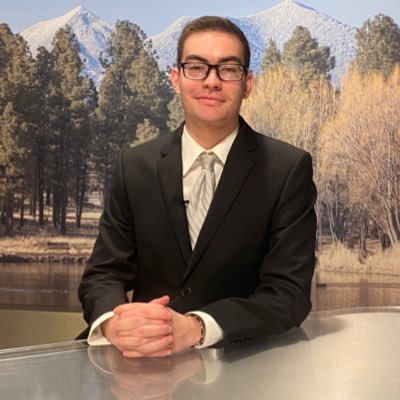 NAU football went on the road for a third consecutive away game in Cedar City, Utah to take on the Southern Utah Thunderbirds. The Lumberjacks are two weeks removed from losing to Weber State thanks to a 50-yard Hail Mary that gave the Wildcats a 28-23 win .

Senior forward Khiarica Rasheed was the hero for the Lumberjacks Saturday as she hit the game-winner with less than a second left on the clock. Moments prior, Sacramento State junior guard Summer Menke put the Hornets up 75-74. NAU head coach Loree Payne quickly called a timeout with 1.3 seconds left in the game needing to draw up a play.

The NAU Lumberjacks looked to bounce back in Greeley, Colorado after dropping the first match of a Wednesday doubleheader against the Northern Colorado Bears three sets to two at 11 a.m. In a rematch at 6 p.m., the Bears beat the Lumberjacks 3-0.

No. 5 NAU Volleyball advances to semifinals in sweep over No. 4 Sac State, 3-0

NAU Women's Volleyball entered the 2021 Big Sky Spring Volleyball Tournament, surprising some people and making a huge run. The Lumberjacks came into this tournament after losing their last three games of the regular season, two of those against Northern Colorado in the Bank of Colorado Arena where this year's tournament is taking place.

NAU men's tennis got a three-match homestead underway Wednesday morning against the Seattle University Redhawks. The Lumberjacks entered the day fresh off their first win of the season on Wednesday against the Sacramento State Hornets on the road. The Redhawks entered this matchup on a three-game losing streak and a 0-7 Saturday loss against the Oregon Ducks in Eugene, Oregon.

Coming off a strong 6-1 win over the Seattle University Redhawks two days prior, the Lumberjacks looked to improve their winning streak to three against the Idaho State Bengals. After starting the season 0-7, the Bengals have gone 4-1. Their last match was a 4-3 victory at Grand Canyon University on Tuesday.

Women's Tennis Bounces Back with 5-2 Victory over Utah State

After three consecutive road losses against a couple of PAC-12 teams, The Lumberjacks Women's Tennis team looked to bounce back at home against the Utah State Aggies Saturday. This home match-up is the first one for the Lumberjacks since Jan. 23 where they were able to defeat the Dixie State Trailblazers 7-0 for the second straight match.

Coming into Saturday's match with a 13-match home winning streak, NAU women's tennis looked to continue their elevated success against the University of Wyoming. Just two weeks ago, the Lumberjacks bounced back from a slump to defeat Utah State University 5-2.

NAU women's tennis entered Wednesday's match looking to keep the success that the men's tennis team had earlier on Friday in a 6-1 win over Idaho State. The NAU women also took on the Bengals with the men's team in attendance cheering them on. The Lumberjacks have historically run circles around Idaho State.

On Sunday, March 14, the 15-year anniversary of Drew Brees signing with the New Orleans Saints, the legendary quarterback officially announced on Instagram that he was retiring from football. The 42-year-old quarterback decided it was time to call it quits after a masterful career.