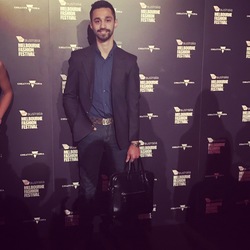 A journalist by profession with experience in theatre. A Monash University graduate. Someone who will go all the way for a story but will always work within the boundary of journalistic ethics and codes of practice. I believe the best stories are those that you know nothing about, purely for the reason that you are able to fully engage, understand, and write with complete curiosity and an unbiased mind.

Ease into Monday with MOJO's Streetegists! This week the team looks at the colours and shapes that make up our hairstyles!

How much money are Monash students willing to spend on fashion? Are they brand conscious? Or are they OK just coming to uni in t-shirts and jeans? Reporter BILAL AHMED SYED hunts down the "cool kids" from around campus to see why they wear designer clothes.

Caulfield vs Clayton - Which Monash students are the most well groomed?

Which Monash campus has the most well groomed students, Clayton or Caulfield? A look into the grooming routines of students, Streetegist is back with reporter Bilal Ahmed Syed taking on Clayton and Caulfield campus against each other. Have you brushed your teeth today?

Mojo News reporter Syed Bilal Ahmed spoke to some of the stars of the upcoming Australian adventure film Jungle, at this years Melbourne International Film Festival.

Bilal Ahmed Syed is taking a look at the housing affordability rates. He finds out what suburbs have the most affordable and unaffordable housing 10km's from Melbourne's CBD.

Everything going as planned: MSA backs its agenda for students

Streetegists say farewell to summer as autumn moves in

Syed Bilal Ahmed takes us through our first episode of Strategists for 2017, as we explore the transition of seasons between Summer and Autumn. MOJO TV creates content for both video and online platforms. It is the official video component of mojo news. Link to site: http://mojonews.com.au/

Students continue their campaign of protests against cuts to universities, in this story that leads episode three of MojoTV. I was operating the cameras in this episode. Link to site: http://mojonews.com.au/

Zombies, politics, pubs and fashion - MojoTV goes to the heart of student life

The week's MONSU elections leads MojoTV's new episode, with students having their say about what needs to be better. I was operating the cameras in this episode. Link to site: http://mojonews.com.au/

Have you seen the thunderstorm asthma warnings? Victoria's new early warning system has been working hard in just its first month of operation. Today north-central Victoria - centred on Bendigo and Shepparton - continued to face a moderate risk of the condition, after several days of warnings.

We emailed a tree and this is what happened

Do you have a favourite tree in Melbourne? Have you ever thought about emailing to tell it you like it? Melbourne City Council gave every tree in the city an email address, along with a unique code that details the tree's species, location, and life expectancy.

By BILAL AHMED SYED Victorians can now split their vehicle registration. People struggling with paying registration every year will be able to pay every three months or six months instead. Monash arts student Georgie said the new system would be helpful for students.

'Beyond anything experienced': hurricanes dominate, but widespread flooding lethal

Hurricane has just flattened Puerto Rico among other small Caribbean nations and is the third major tropical storm in the region after Hurricane Irma and Hurricane Harvey recently devastated parts of the Americas, while unprecedented flooding has caused havoc in Pakistan, India, Nepal, and Bangladesh.

Actress Rebel Wilson's world was turned upside down when several magazines published stories accusing her of lying about her age, name, and making up stories to get ahead in Hollywood, she has told a court. The Australian star of Pitch Perfect is suing Bauer Media, the publisher of The Australian Women's Weekly, Woman's Day and OK!

"Me and my son were thrown out of our home" said a Sydney mother.

A wife in Sydney was allegedly thrown out of her home with her 3-month old son by her ex-husband due to family pressure. Shanaya Olive, the wife, said "When the police came they asked what happened and whether there was any violence.

Mindfulness: how to beat stress at uni

Students say mindfulness classes at uni have helped them stay focused as exams get closer. During the semester, Monash University runs five-week courses in mindfulness - the state of keeping oneself in the present while fully engaging with the outside environment and within their own mind - to help students boost their productivity during study periods. Link to site: http://mojonews.com.au/

The RSPCA is discriminating against international students by refusing to allow them to adopt pets, a Monash student says. Monash international student Yangzi Zhang said the RSPCA asked to see her visa when she tried to adopt a cat, and then refused her. Link to site: http://mojonews.com.au/

Students happy with safety on campus.

Students say that security at Monash is able to keep them safe throughout the day by the use of Security CCTV cameras and security patrols. A student, Joseph, said the security guard is around "all the time". He only had one safety concern, which is that drunk people from outside university may affect the safety of...

Shining A Light On Mental Health: A Review - speakertv

Words by Bilal Ahmed Syed. Images by Daisy Wu. It was 6:00pm to 8:00pm when Shine A light On Mental Health took place at Monash University, Caulfield; the event graciously starting off with a band while people were finding their seats.

The Importance Of Social Media For Contemporary Brands - speakertv

Social media is an important part of our daily lives and we use it for almost 9 hours a day, according to CNN statistics by Kelly Wallace. Businesses use this to their advantage and enhance their branding by spreading their services and products globally from within their respective countries.

Melbourne - A liveable city for cats.

Cats are saved on a regular basis and are provided with treatment for "as long as they require", said Mhairi Roberts, an RSPCA representative. She also added about euthanising the cats that "It used to be 28 days but that was abolished in 2004. Normally if the animal is not healthy and physically unable then...

Life advice answering questions many Monash students have been asking and are wanting to know the answer to.

The brutal penguin attacks lead to a quarter of a million dollar prevention program.

Photo: Angela Wylie A series of attacks on penguins in St. Kilda have led to the state government funding $250,000 in CCTV cameras, security patrols, and community education for more protection. Lisa Neville, the State Minister of Environment and Climate Change, said "I have never seen anything bad happened before because most people are well-behaved and they...

Woman hit at an intersection was accompanied by a local.

Photo: Long Zheng Local commuter on her way saw a horrific accident and ran to the woman stuck in the car and held her hand till the ambulance arrived. "I couldn't leave until I saw she was out of that wreck," said the local commuter.

Photograph: Allen Waters Three firefighters have gone missing last night in what seems to be the coldest August night in the past 2 decades. The firefighters who had gone on a fishing trip were due back midnight and never returned. At 4am the police was notified about the missing men and a rescue team was immediately...

Madonna still the Queen of music, or has time moved on?

As exciting as Madonna's return to performing in Australia sounds, it is unexpectedly terrible to see the increase in ticket refunds. Madonna has decided to do her concerts in Australia after 25 years, which is quite big news. Although she has been facing trouble because of her lack of timing.

Halloween is right around the corner, and it is time to grab a few friends and gather around the makeshift campfire to share some spooky tales. In this special Halloween-themed CultureCorner episode, Amelia Lim, Bilal Ahmed Syed, Grace McKinnon, Lorraine Kambala and Sherry Gendy explore the different superstitions in different cultures around the globe.

When it comes to creepy, IT's not bad

After 27 years of slumber, Pennywise the Clown has returned to the town of Derry. BELLA GERARDI, BILAL AHMED SYED, and WILLIAM ARNOTT debate whether IT (2017) is worth watching, in this episode of CultureCorner. Music: Cockpit by Silent Partner

American Horror Show's new season - is this its Trump card?

In two short months, American Horror Story: Cult - season seven of the cult TV series - will be released, this time revolving around the 2016 US election. In this week's episode of CultureCorner, ISABELLA GERARDI, MATILDA BOSELEY, and BILAL AHMED SYED share their thoughts on the six seasons so far, their likes and dislikes about how the show has unfolded, and what they think the new season will be like.

Culture Vultures go to Versailles, and take on the relevance of SBS

SBS promoted the new drama Versailles as a cross between Downtown Abbey and Game of Thrones. The drama follows the story of King Louis XIV as he takes his place on the throne and dreams of building the palace at Versailles. The Culture Vultures checked it out to see how it lives up to the the standard. For this episode, veteran Vultures WILL ARNOTT and DIANA HODGETTS are joined by BILAL AHMED SYED. Link to site: http://mojonews.com.au/