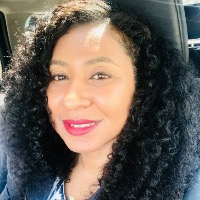 By AMANDA ANDRIES Although spring seems to be in no hurry to fully emerge, maybe the sweet sounds of jazz could help to usher the season in.

The first performance of "Breakfast at Epiphany's," a drag show at Lillie's restaurant in Times Square, brought cheers to the packed audience after a priest from neighboring St. Malachy's Church had demanded that the brunch time extravaganza be cancelled. The "dragilicious brunch event," planned by Michael Fratz and begun on Sunday, Feb.

Recap of 'Celebrity Apprentice'- Episode 6: Battle of the Redheads

Last Sunday night, episode 6 of the new season of the Celebrity Apprentice aired on CBS. The teams were challenged to throw a party and a 'Battle of the Redheads' ensued. You may be surprised to find out who won... Everyone's favorite Idol runner-up, Clay Aiken stepped up to be project manager of the mens'...

Boldness Becomes Her: Mickalene Thomas' "Origin of the Universe" at Brooklyn Museum

"Origin of the Universe," a new exhibit running until January 2013, by Brooklyn-based artist Mickalene Thomas invites you to celebrate black womanhood in all of its rich textures, bravery, complexities and eroticism.

Brooklyn College's Conservatory Orchestra is made up of talented students and faculty, whose high degree of professionalism and musicianship is apparent as soon as you partake of one of their performances.

A Tangled Web: A Brief History of the Israeli-Palestinian Conflict and The BDS Movement

By Amanda Andries This article is a summary of the underlying historical, geographical and other extenuating points of contention in the Israeli-Palestinian conflict and the gist of the Boycott, Divestment and Sanctions Movement.

Disgraced New York State Assemblyman Vito J. Lopez, who has been accused by several female staffers of sexual assault will not face criminal charges, a special investigator said on Wednesday, in a Reuters report. This new decision comes after a thorough investigation, led by Staten Island District Attorney Dan Donovan, into the allegations lodged against Lopez.

By AMANDA ANDRIES, JANET DIGERONIMO & SEAN QUIGLEY The Port Authority of New York and New Jersey held a solemn ceremony at the 9/11 Memorial on Tuesday, marking the 20 th anniversary of the first attack on the World Trade Center in which six persons died and more than 1000 were injured.

By Amanda Andries and Rachel Silberstein New York City is home to the most aggressive police force in the nation and is credited with dramatically reducing crime since the early 1990's, starting under the mayorship of Rudy Giuliani.

By Amanda Andries A homeless man was arrested on Tuesday evening and charged for the sexual assault of two young girls, in two separate incidents, in the family-filled neighborhood of South Ozone Park, Queens according to reports. NBC 4 New York reported that Lee Samuel, 25, admitted to police that he attacked the 7-years-old girls, on the...

Sex Offenders Still On The Lam After Hurricane Sandy

By Amanda Andries Hurricane Sandy hit the East Coast back in October of 2012, displacing tens of thousand of people from New York and New Jersey, including some convicted sex offenders. A small percentage of these felons appeared to have used the natural disaster to move from their registered homes to other areas; and they...

By AMANDA ANDRIES Former New York State Assemblyman and millionaire Jimmy Meng, who became the first Asian-American elected to the legislature in state history, was sentenced Tuesday to one month in jail for his involvement in a $80,000,bribery plot. Meng, 70, appeared with his attorney, Todd Greenberg, before United States District Judge Allyne R.

Anthony Weiner: How to Survive a Modern Sex Scandal

by Amanda Andries The public apparently has a great capacity for forgiveness: with the same fervor with which they cast biblical-sized judgement on the fallen, they are often willing to reinstate those people- if they own up to their mistakes, show that they want to change for the better and continue on with their professional...

It was a windy and overcast Sunday afternoon on Oct 21st, when BC and CSI faced each other on the outdoor courts of the historic Flushing Meadows tennis facility. Three doubles matches and six singles matches were scheduled to be played, but play ended early as CSI aggressively secured their victory by winning two of the three doubles matches and three straight single matches.

Falling Up: Antonio Gaspar, CUNYAC Student Athlete of the Week

Brooklyn, NY- Fears can paralyze us or propel us to amazing heights that we never thought we could achieve. Whenever Brooklyn College senior, Antonio Gaspar, 22, climbs up the 3-meter (9.9 feet) ladder and steps out onto the edge of the springboard, with the awaiting pool below, he has to decide who will win, him or his fear.

No Love on the Quad: The Wonderful World of OD (Online Dating), Part 1

There isn't any love on the quad, because I can't spend my time standing in the middle of the quad waiting for Mr. Right to bump into me. I'm a busy college-student-mom-working woman. As Sweet Brown from YouTube fame said, "Ain't nobody got time for that." Plus, I've already tried waiting.