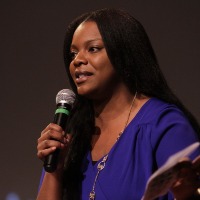 Samantha Willis is an independent journalist and writer with a decade of print, digital, and broadcast media experience. Her work has appeared in publications including Glamour Magazine, Essence Magazine, HuffPost Life, Scalawag Magazine, and the Columbia Journalism Review, and within a wide range of Virginia-based media including WRIC ABC 8News, NBC 12 News, the Richmond Times-Dispatch, the Virginia Mercury, and VPM (Virginia's Home for Public Media).

Willis' writing has earned multiple awards. Most recently, in April 2020, Willis earned a Virginia Press Association first place award for specialty arts writing, for her feature story on a University of Richmond photo exhibition in which city residents shared their lived experiences during the Civl Rights Era. In April 2019, her feature article about Brook Field Park, where Arthur Ashe first discovered and honed his love for tennis, helped Richmond Magazine win the Award for Journalistic Integrity and Community Service from the Virginia Press Association; it is the highest award the organization bestows. Willis has presented her work at conferences of the National Association for the Advancement of Colored People (NAACP), the Association for the Study of African American Life and History (ASALH), World Information Architecture Day, and the University of Michigan's School of Environment & Sustainability.

In 2016, while working full time as arts editor at Richmond Magazine, Samantha co-created the Unmasking Series, a multi-day, anti-racism dialogue and workshop program. The series began in Richmond after a blackface scandal rocked the city (#UnmaskingRVA) and continued in Charlottesville (#UnmaskingCville) in June 2018, nearly a year after white supremacist groups brought deadly violence to the city. In partnership with Virginia Humanities and the Hampton Roads Community Foundation, Willis developed and presented an Unmasking program in the south Hampton Roads region in October and November 2019.

A graduate of Hanover County Public Schools, Willis studied English and Creative Writing at Radford University. She is a member of the Ida B. Wells Society for Investigative Reporting, and a member of the Richmond Times-Dispatch Community Advisory Board. Willis lives in central Virginia with her husband Jamaal and three sons.

As the COVID-19 pandemic continues to disrupt practically every sector of society, life literally goes on. There were 22,965 births in Virginia between March 1 and Monday. And the United Nations estimates 116 million babies will be born globally before the pandemic ends. The uncertain nature of COVID-19 has challenged doulas and other birth workers [...]

When my mind and spirit are in distress-a familiar condition in this time of pandemic and deadly police violence that steadily robs Black lives-I tick off some ingredients in my head. Listing each one calms me, reminds me that I am anchored in a tradition of love so deep that it transcends emotion.

The Pandemic, Protests and the Presidential Election

A year that started with President Donald Trump riding a 50-year low in unemployment and facing a deeply divided Democratic primary field has devolved into a summer of pandemic, protests and the worst economy in a generation.

The Departed and Dismissed of Richmond

In May, when technology billionaire Robert Johnson relieved the Morehouse College class of 2019's $40 million dollars of student loan debt, the country first applauded - and then started asking questions: Why is college so expensive, and is it unfairly so?

In Virginia, black women are three times more likely to suffer a pregnancy-related death than white women, reflecting a national pattern of racial disparities in maternal health outcomes. Each year in America, more than 700 women die during or soon after pregnancy, according to the Centers for Disease Control and Prevention, and the ratio of maternal deaths per 100,000 live ...

On February 4, Virginia residents gathered outside the governor's mansion in Richmond to call for Ralph Northam's resignation. A racist image from his medical school yearbook page had surfaced on a right-wing news site. Soon, Northam and General Mark Herring, the attorney general, admitted to wearing blackface.

Faces and Stories: Memories from Richmond’s Civil Rights era go on display at University of Richmond

"Growing Up in Civil Rights Richmond: a Community Remembers" runs Jan. 17 to May 10 at the Joel and Lila Harnett Museum of Art at the University of Richmond's Modlin Center for the Arts.

Black Women Are Leading The Way In Environmental Justice - Essence

She is long dead, but the presence of Sally Hemings looms larger than life at Thomas Jefferson's Monticello, the plantation where she was enslaved for most of her life and where a $35 million restoration of the grounds made way for the "Life of Sally Hemings" exhibit-a modest room tucked away in a wing of the great mansion that curators hope will encompass the story of a woman whose life and legacy was often ignored in history, lest it mar a great man's legacy.